This is a new executive order… 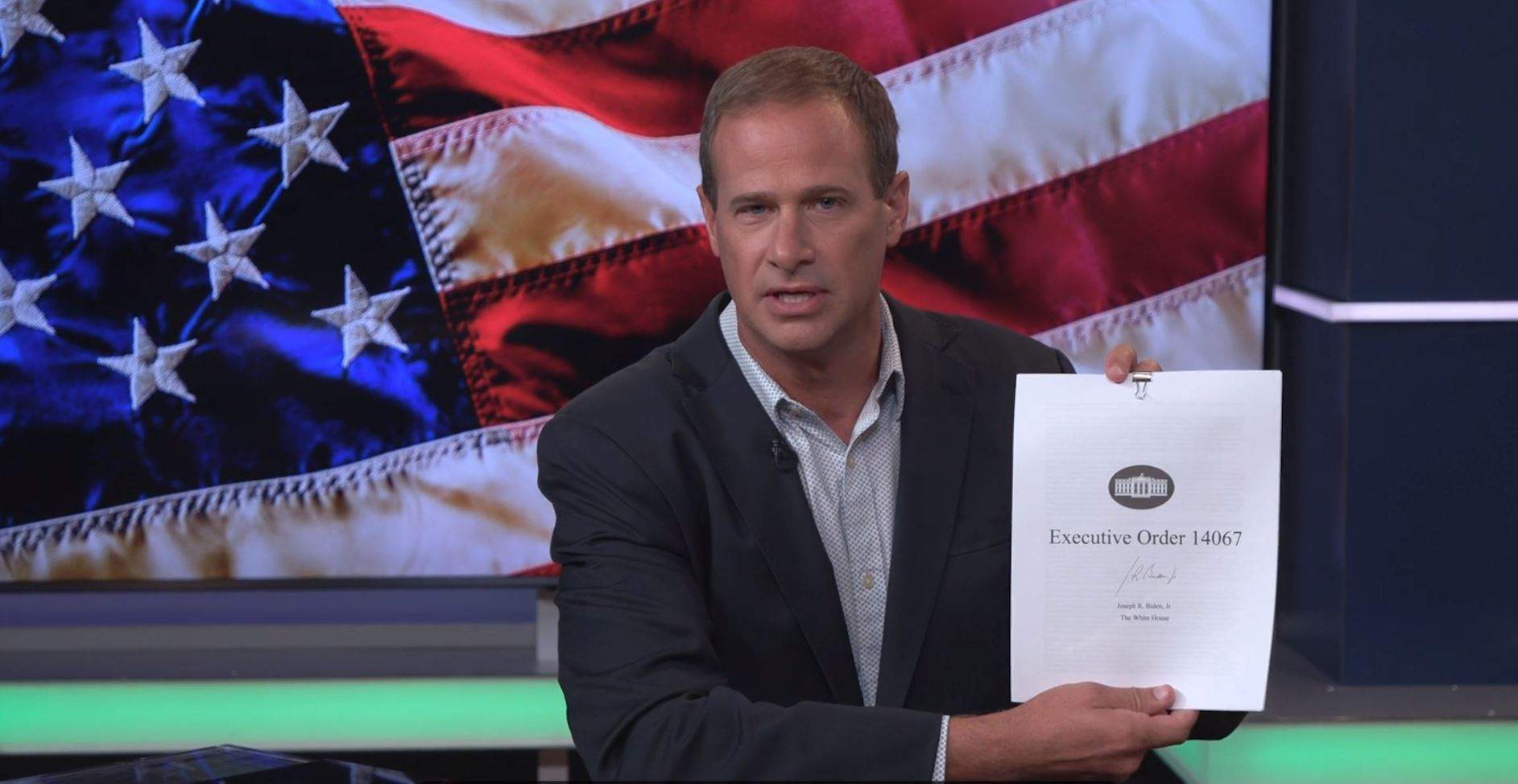 It was forced through without the approval of Congress or the American people … and would start the process of giving “federal officials full control over the money going into, and coming out of, every person’s account,” warns Forbes.

You go to buy a gun … denied. Their records show that you support the NRA.

Donate to your church … denied. They’re not on the IRS’ approved list.

Fill up your truck with gasoline … denied. Your carbon footprint is just too big.

Looking for your IRS tax return … denied. You haven’t gotten vaccinated yet.

Buying a steak for a Friday-night barbecue … denied. You’ll have to buy plant-based meat instead.

Which is why The Wall Street Journal warns that, when fully implemented, the content of this executive order could result in “unprecedented power” … in a world where “privacy would be difficult to maintain.”

Forbes is also sounding the alarm saying it will “greatly enhance the government’s surveillance powers … [and] give the government power over the allocation of financial capital throughout the economy.”

Even left-leaning media outlet Newsweek calls it: “The End of American freedom.”

One financial expert is now warning that their actions will be catastrophic. He expects inflation will soar 50%, “safe” stocks will fall 90% and we’ll see tax rates upward of 70%.

It could even lead to the end of Social Security.