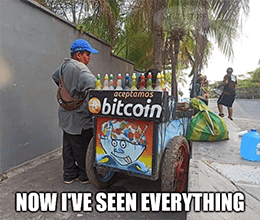 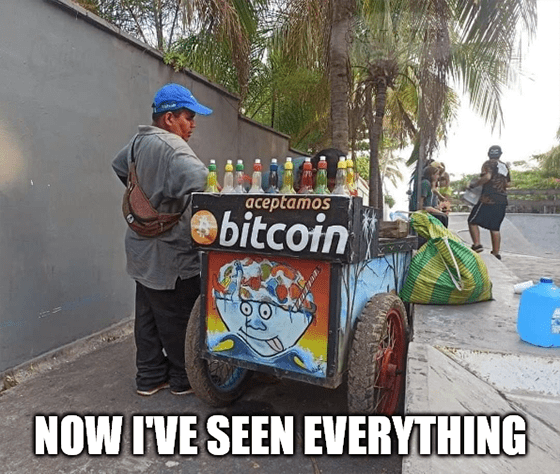 If you’ve seen “El Salvador” more this week than you have in your entire life, well, I take it you don’t live there. And if you are a Great One living down in El Salvador, why in the world have you not dropped by our inbox to say howdy?!

Wait. Hold on a minute. Where are the lyrics? The Reader Feedback? Did I fall through a time warp?

You did, and I hope you didn’t forget to pull your knees in tight. You see, Thursday is now Friday. It’s just a jump to the left. Friday is now Thursday. And a step to the riiight.

And Reader Feedback? How about we call that “Friday Feedback” now? That way, we end the week on a high note — your emails, namely — a grand finale before the weekend beckons.

And today … oooh, today, it’s time for something completely different. It’s not every day that a new Great Stuff tradition unfolds before your very eyes.

Indeed, Great Ones, I want to welcome you to … the Thursday Throwdown.

No more will you miss out on all those midweek movers and Thursday earnings action — oh nay nay! We’re dishing it out to you today fast and loose as if we threw all of Wall Street into Hell in a Cell to see what carnage unfolds. Or something like that…

I’ll figure it out. So, what’s this El Salvador thing?

Well, I’m glad you asked. You see, El Salvador is the first nation to officially accept bitcoin as legal tender. And yesterday is when that all took effect.

Vendors of all shapes and sizes began to accept bitcoin payments, from multinational chains like McDonald’s and Starbucks to tiny local markets — and that guy in the main image up there selling something out of a wooden cart. Unreal is an understatement there.

El Salvador President Nayib Bukele is completely gung-ho about “[breaking] the paradigms of the past,” giving everyone $30 in bitcoin to spend via the government-backed “Chivo” wallet. And there was much rejoicing!

Well … until the anti-bitcoin crowd chimed in. When it comes to crypto, the opposition can be quite vocal. By “vocal,” I mean setting off fireworks and burning tires outside of the country’s supreme court, much like how my family celebrates Labor Day.

Contrary to the usual “bitcoin’s not even real money, hur dur” angle, many crypto critics in El Salvador just don’t want bitcoin acceptance to be compulsory. But that didn’t stop El Salvador’s government from buying over $25 million in bitcoin and setting up hundreds of bitcoin ATMs. The crypto transition is a go!

This is great news, right crypto bulls? The shiny virtual coin is finally getting its mainstream acceptance as legal tender?

Following its launch as an official currency in El Salvador, bitcoin collapsed overnight, dropping as much as 17% before recovering a bit today.

Alex is right. This week’s bitcoin sell-off is what we in the biz call a “sell on the news” event. In the nearly two months heading into El Salvador’s bitcoin gambit, the cryptocurrency surged more than 80% as traders rushed to position themselves ahead of the country’s adoption.

But in defeat (or profit-taking), there is always opportunity. Let’s see if you technical traders out there see what I see in this bitcoin chart: 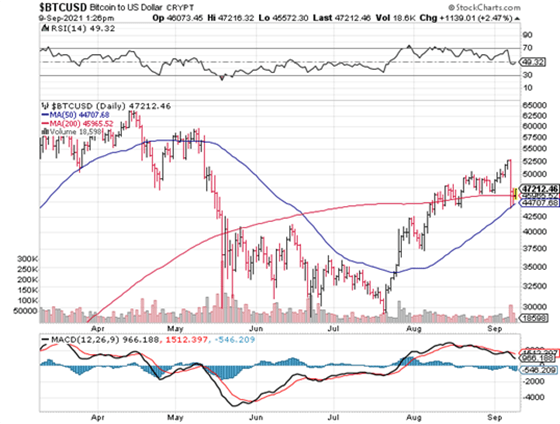 Quiet, you. Look at the pretty colors.

So, BTC had a brilliant August, it’s ticking up higher and then huzzah! Bitcoin just toes past $52,500, back around where it traded in May, before promptly crashing with a huge spike in selling volume.

Here’s what I find extremely interesting about this chart: This week’s correction held strong at BTC’s 50-day and 200-day moving averages — the blue and red lines, respectively — despite that heavy volume.

With bitcoin now trading at mid-August’s support levels, these trendlines are headed for a golden cross — where the blue and red lines converge. Golden crosses are often a huge bullish signal for technical traders. And that means buyers are coming back to the table soon.

In essence, what this chart shows is the making of another BTC bull run. And for El Salvador’s sake … bitcoin could use the glow-up.

Do you think El Salvador’s bitcoin bonanza was a bust or the start of something big? And what do you think of more countries accepting cryptos as legal tender? (And yes … I do want to hear you harp on about how bitcoin’s decentralized appeal is lost once central governments get onboard with it.)

Share all your thoughts — crypto or otherwise — at GreatStuffToday@BanyanHill.com.

Oh, and if you want more crypto coverage, we’ve got you covered. Click here for more. 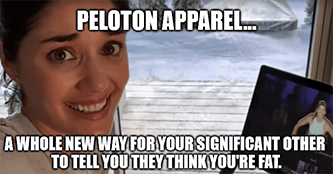 Fitness junkies can now get their fix of Peloton-branded clothing items and accessories, with prices ranging anywhere from $15 to $118 a pop.

Personally, I think paying $50 for a t-shirt and $90 for pants is some ignorant B.S. I call that getting swindled and pimped. But then again, I’m not Peloton’s target demographic. Instead, the company is targeting consumers who’ve already drunk that boutique fitness Kool-Aid.

I mean, think about it. If you’ve already spent $2,500 on a stationary bike — before ponying up for Peloton’s monthly membership fee — then $50 shirts aren’t going to keep you up at night. You’ve already bought into the brand … and now you’re paying more to justify your enthusiasm. It’s kinda like more expensive cross-fit … or being a vegan.

You won’t find me coughing up that kind of dough just to own something with a Peloton decal on it … but plenty of other people out there will. And that’s what Peloton investors are banking on.

Plus … it’s a t-shirt. Peloton’s supply chain should be able to handle that, right? Unlike literally all of the company’s other products? Let’s just hope the company’s clothing line doesn’t turn out to be as dangerous as its treadmills. 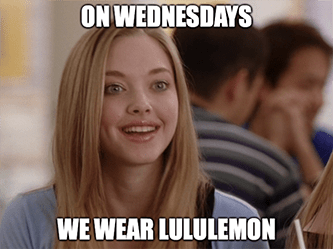 Pandemic-prompted growth remains strong for Lululemon, as many people continue to favor stylish-looking workout clothes to blue jeans and button-downs. (Has anyone checked on Levi investors lately? Y’all OK out there … or did the LEVI finally break?)

The yoga pants pusher is also optimistic about the future, with Lululemon hiking its five-year revenue target to accommodate for overseas expansions and the build-out of its men’s clothing line. I’ll continue to rock my old gym shorts … but you do you.

American Airlines (Nasdaq: AAL) was one of several airlines to warn of slowing third-quarter revenue thanks to the recent spike in COVID-19 cases. The airline now expects revenue to drop 24% to 28% compared to the third quarter of 2019, versus previous guidance of a 20% decline.

AAL shares hit the skids in premarket trading but didn’t stay grounded for long, with the stock now up over 5% on the day. Apparently, fewer August travel bookings and an uptick in September flight cancelations weren’t enough to scare away even the timidest of investors.

While American Airlines still expects the upcoming quarter to be its best since the pandemic started, my outlook isn’t quite as rosy or optimistic.

As I said last week, without a severe reversal of new COVID-19 infections and hospitalizations, the upcoming fall and winter seasons could end up looking a whole lot like 2020 … and last year was a real kick in the shins for travel and hospitality stocks. 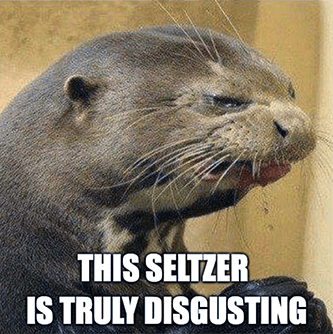 Pour 1 Out For Boston Beer

The anti-seltzer situation is so bad, Boston Beer felt the need to withdraw its prior financial guidance: Instead of earning $22 to $26 per share in 2021, the company now expects to earn between $18 and $22 per share.

That’s one tough pill for SAM investors to swallow … especially if you’re chasing it with a swig of hard seltzer.

I distinctly remember some of you Great Ones backing Boston Beer and its low-alcohol-content water … but I guess your interest fizzled out as quickly as this passing drink craze. In the inbox, you’ll have to let me know what the next big drink craze is … and no, I don’t think it’ll be the oh-so-edgy HARD MTN DEW.

Write to us whenever the market muse calls to you! GreatStuffToday@BanyanHill.com is where you can reach us best. Be sure to let us know what you think about the new Thursday Throwdown while you’re at it. You might just find your email in the inaugural Friday Feedback edition! 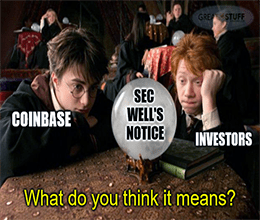 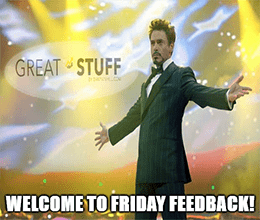