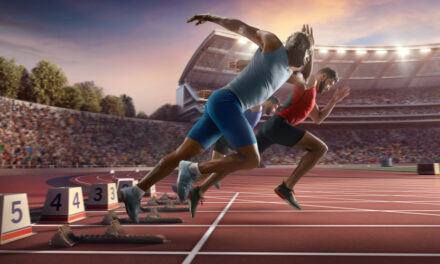 The race is on!

And our contenders are the Dow Jones Industrial Average and bitcoin.

Many people don’t even know this race is happening.

But the Bold Profits Daily team are placing our bets.

And today, I’ll tell you how you can participate in this once in a generation race.

Remember: The Dow is on its way to 100K in this new era of America 2.0. I’ve laid out the proof that old-world stocks will eventually be replaced — pushing the Dow up.

However, I’m about to tell you why bitcoin is breaking ahead in this race by reaching the six-digit finish line within two years…

And how you can invest in it NOW!

If you’re confused about bitcoin, let me explain.

Think of bitcoin as digital gold.

The brief version: Crypto miners around the world compete to solve complex math problems to add another block to the blockchain.

After completing a block, which stores all the transactions on the bitcoin-blockchain network, the miner receives a bitcoin reward.

Finishing a block takes about 10 minutes with highly sophisticated computers.

The bitcoin algorithm makes it so that the number of bitcoin rewarded halves, after the completion of 210,000 blocks, is about every four years.

So, if you follow Paul and Ian on their IanCast, you know bitcoin just went through its third-ever “halving.”

And they predict bitcoin will go to 50K by the end of this year.

The May halving cut the reward in half from 12.5 bitcoin for every finished block to 6.25.

On top of that, there will only be 21 million bitcoins ever created.

Since supply is so limited, it possesses the ultimate ScarceAbility in Paul’s GoingUpness strategy.

I emphasize ultimate because — while we might think of gold as being scarce — gold is still being taken out of the ground all of the time. Bitcoin will eventually run out.

And there’s something analysts use called the stock-to-flow ratio. It’s the number of years, at the current production rate, to mine for all the current supply of a commodity.

Bitcoin’s stock-to-flow number is around 50 right now. Gold’s is 62, which means it takes 62 years to mine all the gold supply in the world.

In other words, bitcoin, which currently has a market capitalization of $175 billion, is almost just as scarce as gold, with a market cap of roughly $9 trillion.

That means in 24 months we could see a 10X move for a single bitcoin — as bitcoin’s price comes in line with the stock-to-flow model’s price for bitcoin​!

Bitcoin is also valued far less than its Dow competitor in this race. The Dow’s total market capitalization is just over $8 trillion.

Which one do you think will win the race?

Either Way, You WIN in America 2.0

Regardless, who is victorious reaching 100K first, it will be a historical event…

And here at Bold Profits Daily we will be covering it every step of the way.

But there’s a way you can profit on the way up — with either contender!

Both options will take you to unique ways to ride the surge of bitcoin and the Dow to a six-digit territory.

And you’ll have a win-win investment in the race to 100K!

Editor’s Note: The biggest mistake you can make as an investor is to get stuck in the old-world stocks that will eventually get pushed out of the Dow and straight to zero. The best move you can make to be a potential profit-taking 2020 investor is to invest in America 2.0 now. Get started here. 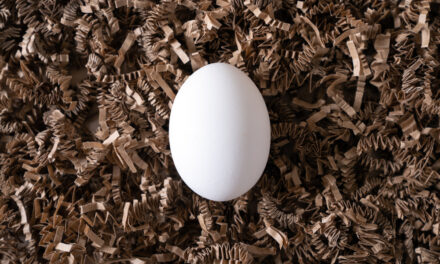 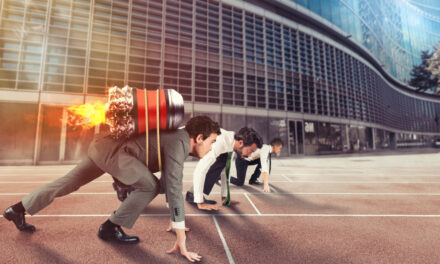 Turbocharge Your Profits by Making 1 Options Trade per Week