Do You Disney+? Spotlight Shines $125 Billion on Streaming Entertainment

The video-streaming market is on fire.

Yesterday, Twitter was buzzing about the newest disruption that could set the streaming market ablaze. 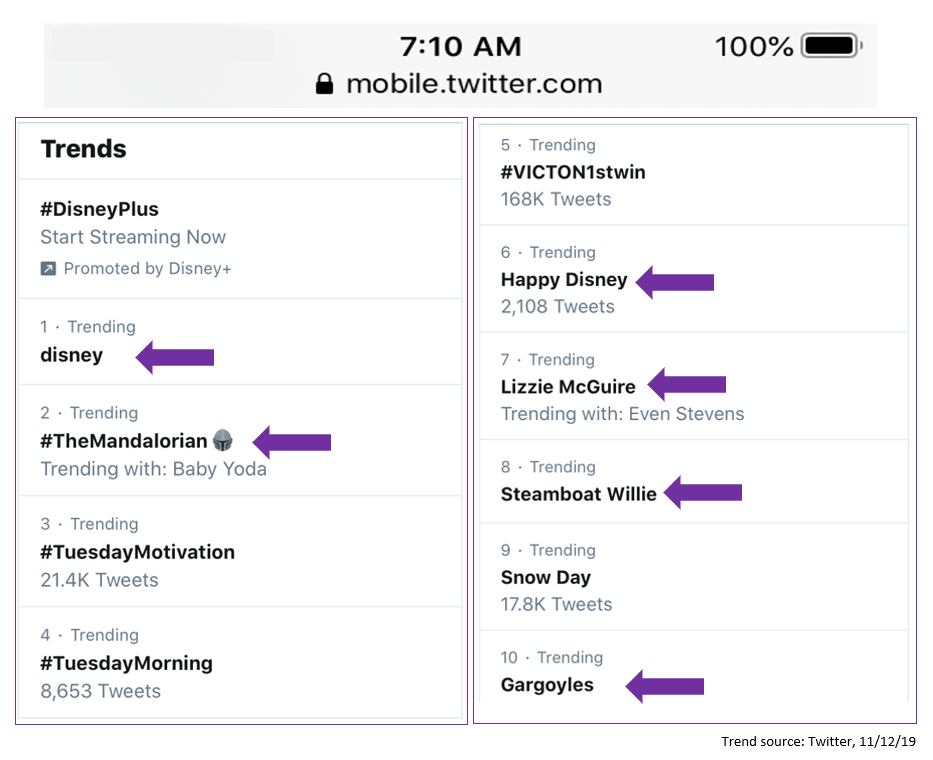 I can’t tell you the last time I watched traditional TV live. Most everything I view is streamed or on demand.

With The Walt Disney Co.’s new streaming service, the auto fan in me can’t wait to watch the classic The Love Bug, or even the new Cars movie. (NYSE: DIS)

Disney+ joins a fleet of streaming services that have nearly wiped out the old world of TV entertainment.

For us, this doesn’t just mean more things to add to our streaming watchlist. It also means there’s a huge opportunity to profit as this market takes off.

A recent Deloitte study notes this major shift in TV viewing across the U.S.

According to its 2019 Media & Entertainment Industry Outlook report:

55 percent of US households now subscribed to paid streaming video services, and nearly half (48 percent) of all US consumers streamed TV content every day or weekly in 2017. … US consumers now pay about $2 billion monthly for subscription-video services.

And that’s just the beginning…

Per Grand View Research, the $36.6 billion global video-streaming market size is projected to reach $124.6 billion by 2025.

That’s more than a 240% rise with a compound annual growth rate of just over 19%. 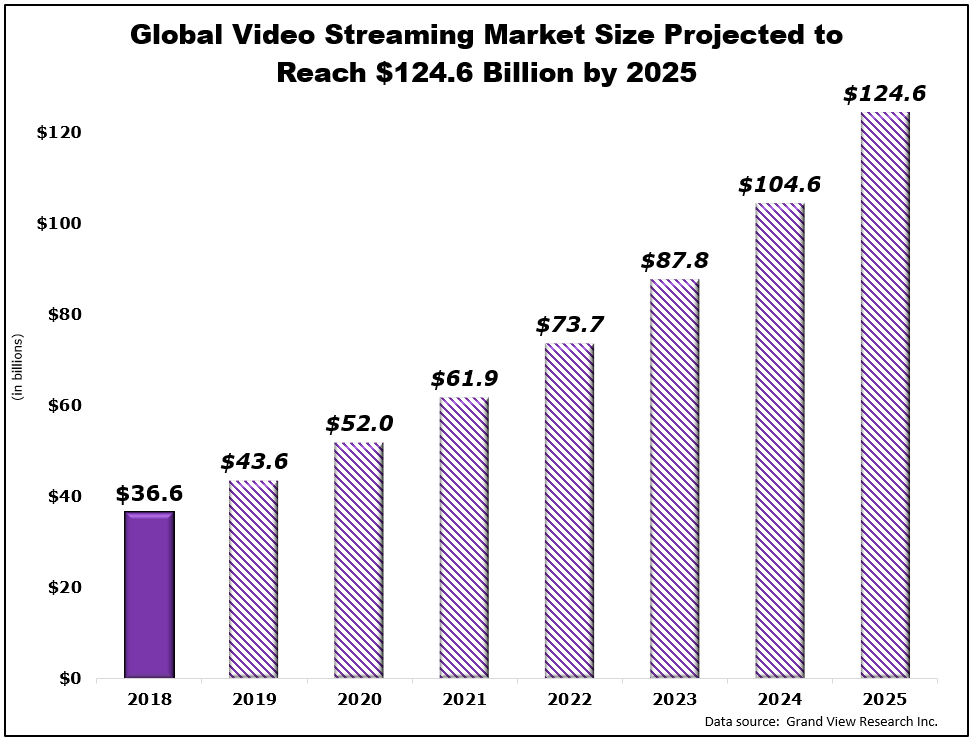 Subscribers to the service will have access to classic and modern-day films from Disney, Star Wars, Marvel, Pixar, National Geographic and 21st Century Fox. 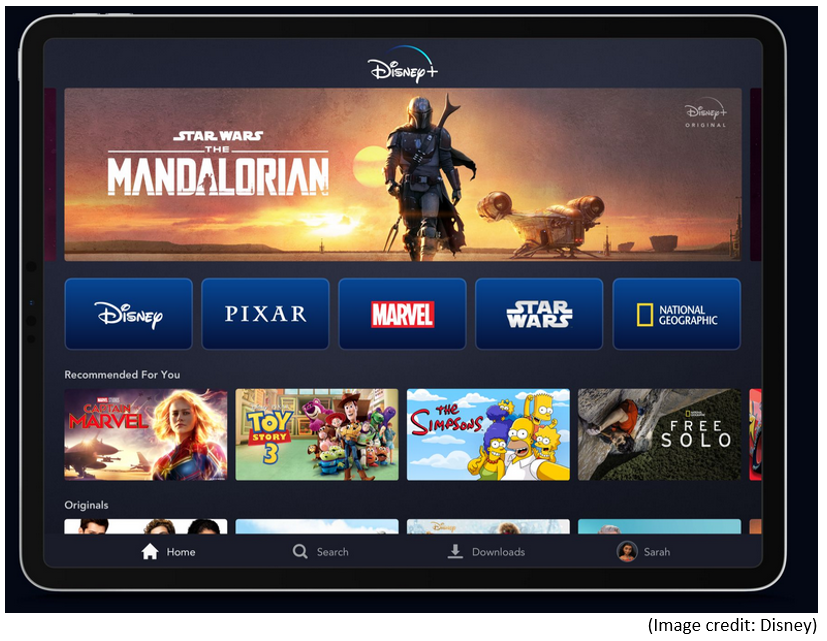 It’s available in the U.S., and it’s even gone global.

According to TechRadar, if you live in Australia and New Zealand, the service will launch next week. For those in the U.K. and most of Europe, you’ll be able to sign up on March 31, 2020.

The bottom line: Disney+ is making waves in the new world of streaming entertainment, and the market is going to be a gold mine for savvy investors.

Take Your Cut of the Streaming Market Before It Explodes

Thanks to the continued technological innovation revolution in artificial intelligence, 5G and blockchain … skyrocketing growth in the video-streaming market knows no bounds.

From Netflix to YouTube and Amazon Prime Video to Hulu, and now Disney+, those who are part of the “cord-cutter generation” have more TV options than ever before. (NASDAQ: AMZN)

And if it takes the market to soaring new highs the way Netflix did, early investors will not be disappointed.

The soon-to-be $124.6 billion global video-streaming market, based on projections, is ripe for investment. 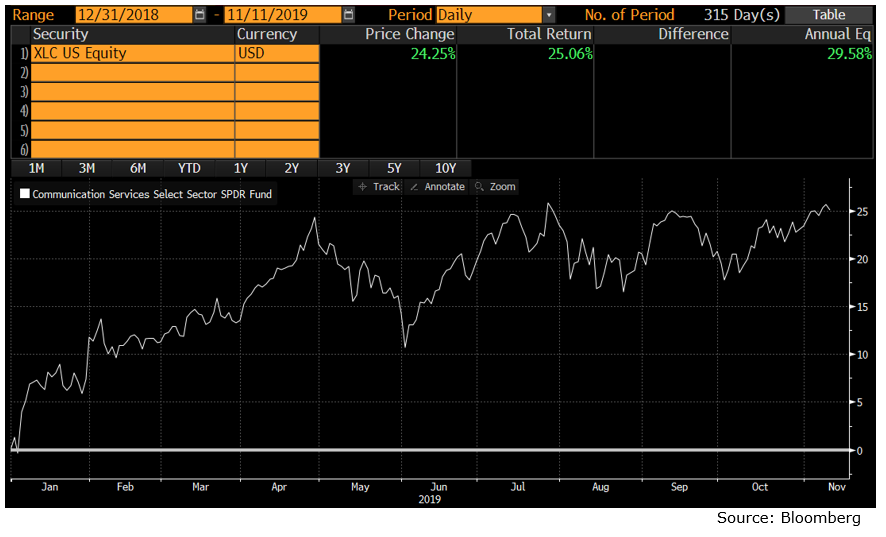 You won’t want to miss out on the streaming video boom.

It’s a growing industry that’s here to stay and evolve with each passing day. 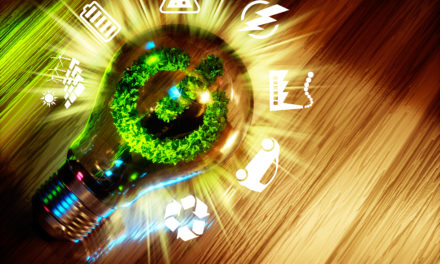 This New Energy Stock Gives Your Portfolio a 50% Jolt 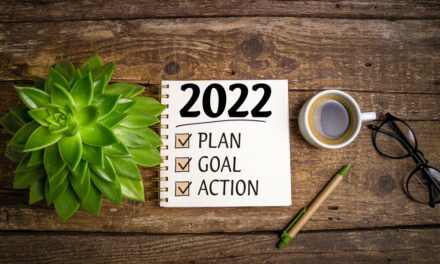 Investment Criteria for Your Stocks in 2022