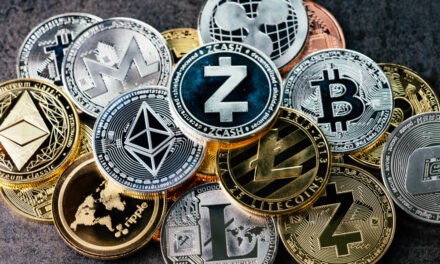 We’re at the tip of the iceberg for cryptos.

If you’re worried you missed out on bitcoin (BTC) or Ethereum (ETH), don’t be. The crypto economy is massive.

Think “growth of the internet” or “buying the heavy hitters at the beginning of the tech boom” BIG.

And there’s a set of coins we’re watching for our new crypto service — Crypto Flash Trader.

We know trading in the cryptocurrency market can seem intimidating. But that’s why Ian and I have been developing our unique crypto strategy to make it easier for you.

Ian is laying out all the details in today’s Market Talk. You can see for yourself why we’re recommending cryptos this year, our unique trading strategy and three of our macro forecasts:

First, I want to share with everyone that over the past several months the Bold Profits team, along with our publishing company Banyan Hill, have been working closely and diligently with Ian and Paul to build and launch the Crypto Flash Trader service.

This is a long time in the making. We have been teasing a crypto newsletter for a while. We’re excited to get this going.

So, three things this will provide people with, number one, is a way to cut out the volatility you get from long-term holding. If you hold Bitcoin (BTC) over time, you have gone through some crazy price swings in the past 10 years.

In this newsletter, our strategy is to trade all kinds of coins when the market is hot and there’s demand and we can have good potential for gains. We are cutting out a lot of the volatility and focusing on a time when there’s a lot of gains.

It’s to have a good win rate, just like with any of our other services. Another facet of this is by having our trades done on Coinbase, there are a lot of coins on there and they usually put the most legitimate projects on there. We want to focus on the most used and adopted crypto projects there are.

We believe these are going to be the ones that survive the longest and have the biggest gains. It’s kind of like buying Apple or Amazon at the beginning of the tech boom. You could have bought all kinds of things that ended up going to zero, but we want to stick to the ones with long-term visibility and the highest potential over the course of the next several years.

Even though we are focusing on short-term trades, we still want to buy what’s in demand most and what has the most loyal holders. The third thing is you are getting the Bold Profits strategy. It’s not like anything else I have seen. It doesn’t focus on technical indicators, news, or trends you are seeing in the short term that may or may not be just noise.

I know a lot of people get caught up when they see crypto going down overall. Then a coin spikes 50% and they want to buy in because they think it’s strength during a weak market. We’re not tied to any other strategy I have seen in those kinds of ways.

It’s unique. We are focusing on a certain set of coins that we believe has the best future. That’s my visibility for Crypto Flash Trader at this point. I think it’s going to be a very successful service.

Last week I watched an interview on Bloomberg with Coinbase co-founder Fred Ehrsam. He was saying something pretty profound that I thought was cool. He said the cryptocurrency market will create more jobs than the internet did. That’s amazing. 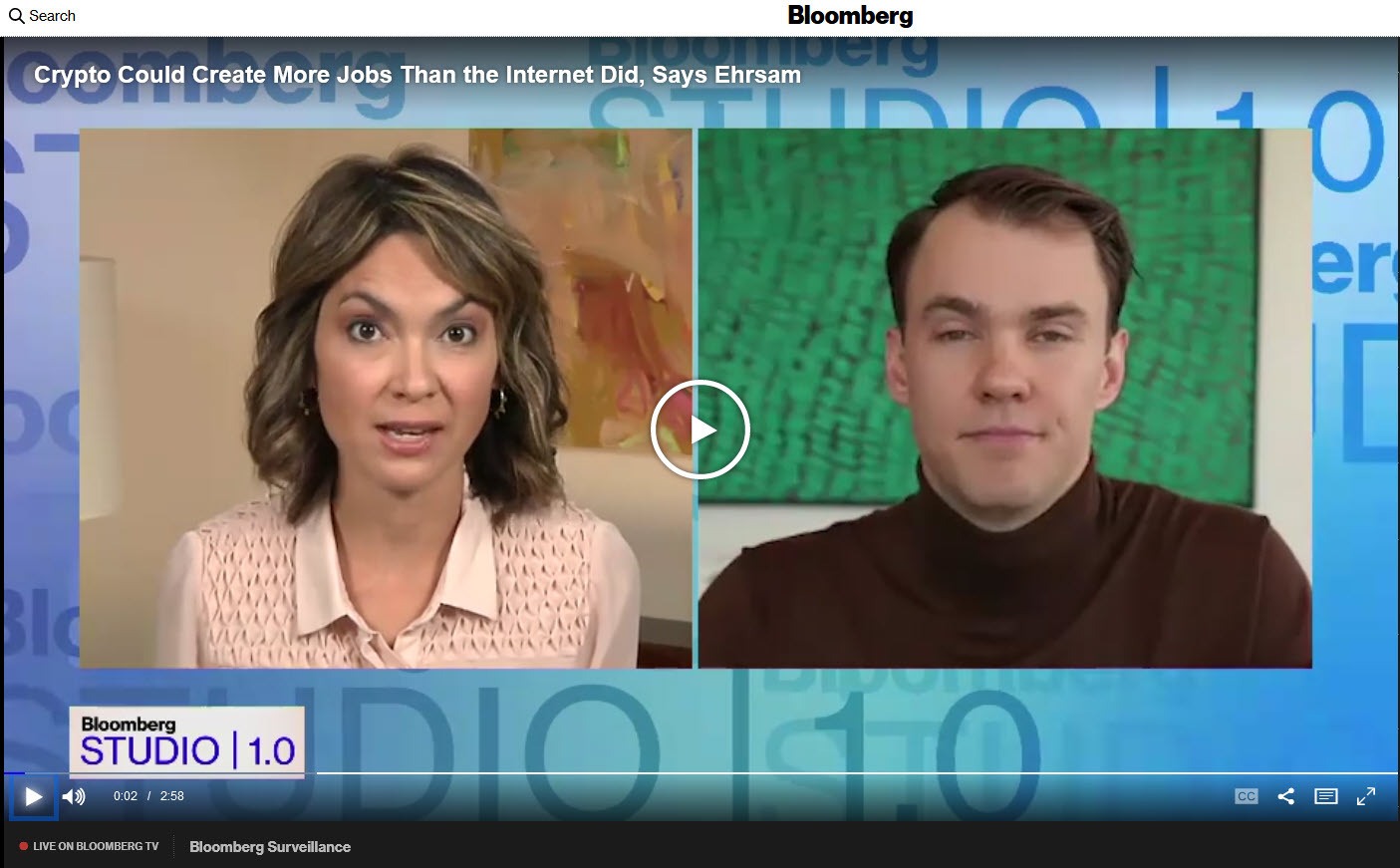 We know the internet was a life-changing technology.

I fully agree with his claim about blockchain jobs outnumbering those that have to do with the internet. I have seen a lot in the past few years of the shortage of people with the ability to work on things like blockchain or things like on-chain analysis and understanding how money flows.

There are also things like Ethereum developers. I have compared Ethereum to Android or iOS before. You can write programs for all kinds of different apps on that. I know there’s a huge shortage. I keep seeing things on Twitter where there are all these amazing projects looking for builders and developers because there is such a shortage.

I fully agree with that. I think it will be groundbreaking and a huge creation of a flow of jobs into this market is inevitable. I think it’s going to be huge.

Other than job creation, I have a list of three other things on a macro level, one of which is market-based.

Right now, BTC and ETH — the two biggest coins — take up about 60% of the entire crypto market. If you add stable coins in there, it takes it to more than 70%. You have 29% leftover and that’s spread over thousands of altcoins.

I think there’s going to be a shift. I think BTC and ETH are going to do well, but I think the main opportunity still lies in some of these altcoins that have gone largely unnoticed through this bull run. I think it’s probably the main area we will be focusing on in Crypto Flash Trader.

I think there will be an evening out. Even though a lot of those altcoins are what I would consider the trash, I think the main ones will rise and be winners over the next several years. That’s one of the things I’m seeing.

The second one is Defi, which is tied to that because a lot of altcoins are Defi related. There’s been a huge boom in that over the past couple of years. It’s a huge new industry being created. I think the number of people using Defi is going to skyrocket over the foreseeable future.

The last time I looked it was about 2.8 million ETH addresses that had used Defi apps. While that is a lot considering this industry has only been formed over the past couple of years, it’s still really nothing, especially when you consider that a lot of people including myself use multiple ETH addresses.

It’s probably fewer than one million people who have used these apps. It’s a global system. It’s open to more than seven billion people. One million people, while it’s a lot over just the past couple of years, it’s going to rise exponentially for years and years to come. So Defi is another macro event I see unfolding over the next several years.

Right now we are starting to see some of the miners get shut down or start to shut down their operations in anticipation of leaving China. I think that’s another area we are going to see explode. A couple of examples of companies preparing for this are Marathon Digital, which is based in North America.

They plan to expand their operations by more than 400% by the end of the first quarter next year. Then there’s also Riot Blockchain, which plans on more than tripling its operation by the end of next year. I think a lot of smaller companies are going to benefit from this.

Just to recap, we can look forward to altcoin expansion, Defi of the entire crypto market, and the idea of the decentralization of crypto mining. That’s just the beginning. It’s just the tip of the iceberg. 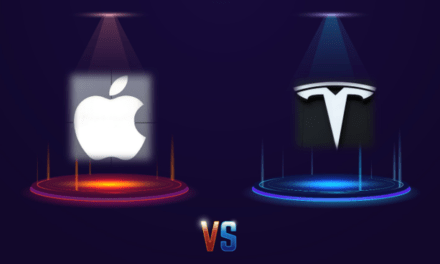 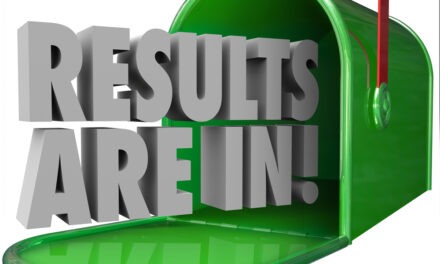 Will It Be AAPL or TSLA?