My father’s dream was to build his own house.

However, building a house in India was an incredibly complicated affair.

First, you had to buy a plot of land. Next, you had to get an allocation from the government for all the materials you needed to make a house — cement, steel rebar, piping, you name it.

It was all in short supply because of India’s socialist economy, along with a quota system to dole out the limited quantities then available. And then to get your water, sewage and electricity connected … that was yet another ordeal.

Simply getting all this together was an enormous effort that took years. Of course, there was an easier way…

You hired a “fixer.”

In India, and anywhere else with a dysfunctional bureaucracy, a fixer is someone who knows all the right people. He greases someone’s palm over here and trades a favor with someone else over there to get things done.

With a fixer, what might have taken two or three years instead took just a few months.

Still, with all that, the house my father built took years to finish. However, today, a new technology is emerging that can shrink build times and make constructing a home much cheaper.

The Incredible Costs of Rebuilding

That technology is 3-D printing.

And this technology may suddenly become mainstream because of the incredible damage to housing that Hurricanes Harvey, Irma and Maria have done in 2017.

Harvey is estimated to have completely destroyed 12,700 homes.

Irma is estimated to have destroyed 25% of all homes in the Florida Keys.

Maria is estimated to have caused damage worth as much as $30 billion across the Caribbean.

However, Cazza, a 3-D printing company, could have a solution.

Using Cazza’s X1 robot, 3-D printed buildings like houses, villas, shelters, warehouses and commercial buildings can go up in as little as one week. 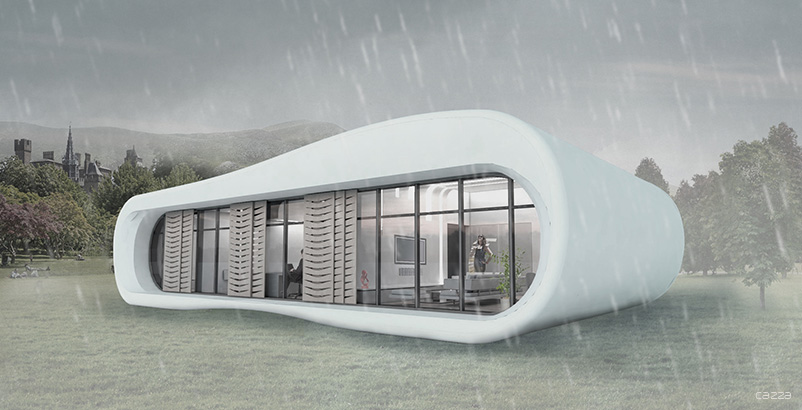 Cazza believes that using its 3-D printing technology will save as much 40% on the old, traditional ways of building.

The current estimate for the still-incomplete hurricane season is already as much as $340 billion.

If you assume that 30% of this damage is destroyed homes and buildings, implementing 3-D printing technology like the Cazza X1 to rebuild will save as much as $40.8 billion. That’s a big deal.

P.S. I’ve posted a new video to my YouTube channel that you’ll want to watch.