Blockchains That Bind: Beyond McMeat Belief 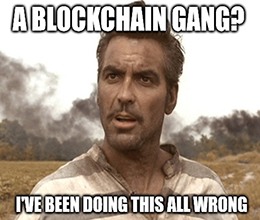 Workin’ on a Blockchain Gang

Are you exhausted by the breakneck Biden rally?

Just kidding. We all know Wall Street rallied on vaccine hopes and end-of-pandemic dreams. Still, the markets took a breather today to digest the roughly 9% rally since Election Day.

(Great Stuff Tip: This small-cap outperformance is likely to continue. Click here to get in on the gains!)

Since the election, we’ve seen Wall Street pundits push their views on everything from green energy to cannabis to health care. A Biden presidency supposedly favors all of these markets.

But there’s one major investment idea that Wall Street’s talking heads missed: cryptocurrency and the blockchain technology that drives it.

Bitcoin (BTC) investors certainly didn’t miss the recent upswing in the crypto market. BTC has gained nearly 100% in 2020 and jumped more than 12% since Election Day.

Why would bitcoin rally on a Biden win? Two factors.

First, the Federal Reserve is already floating “digital dollar” ideas that could move U.S. currency toward digital over physical. The pandemic helped speed this up, as coins and dollars are potential COVID-19 transmission vectors.

There are several others, including Gary Gensler (a former Commodity Futures Trading Commission Chairman), but I won’t bore you with the details. Suffice it to say that the Biden White House should be very favorable to cryptocurrencies and blockchain technology.

The problem for investors is, well … how do we invest best in this digital currency movement?

You could just buy bitcoin and ride the ups and downs. We’re certainly seeing a lot of ups right now, but BTC has a volatile history.

If you really want the skinny on BTC, I highly suggest you check out Ian King’s latest video on the leading cryptocurrency: The 3 Big Narratives Driving Bitcoin.

On the other hand, you could go the safer route and check out the cryptocurrency-oriented ETF my colleague Annie Stevenson, Managing Editor of American Investor Today, talked about on Friday. Click here for the lowdown on this crypto exchange-traded fund.

Why not just tell us the ETF?

If you’re anything like me, however, cryptos and ETFs just aren’t your style. Directly investing in cryptos is a bit scary, and I have plenty of ETFs in my 401(k). Boooooring.

Here’s your way in: the top tech players in the blockchain market.

But … have you seen the Nasdaq lately? It’s down 2% today, and Wall Street pundits are talking about a shift away from tech and into “return to normalcy” stocks. Certainly, there’s some vaccine overreaction here to account for, and recent declines in NVDA, SQ and PYPL make them attractive in the long run.

I sense another “but” coming…

And you’re right. But … what if you combined that rising strength in the small-cap market with blockchain enthusiasm? Why you’d have two great tastes that taste great together! Your own Reese’s Peanut Butter Cup of the investing world … if you will.

Banyan Hill’s own Paul has uncovered a tiny tech company, with stock trading for less than $15, that is poised to lead the blockchain revolution.

According to Paul: “If you only ever own one stock, make sure it’s this one!” Click here now to learn more.

The Good-ish: Nicked, Knocked and Nikola’d 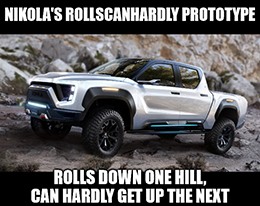 And just like the other stocks we touch on today, actual sales figures are but a tiny variable in the grand earnings equation.

Nikola disappointed on the sales and earnings fronts — no surprise here. The company lost $0.31 per share, where Wall Street wanted a per-share loss of $0.20. Nikola can’t win for losing, but the 10-cent miss is a moot point to what the Street actually cares about: those elusive and continuing talks with General Motors Co. (NYSE: GM).

Nikola ended the quarter with roughly $900 million in cash after spending $45 million this quarter, namely crafting a manufacturing facility in Arizona and a battery-powered vehicle to be built in Germany.

New CEO Mark Russell gave an update on what Nikola’s up to these post-Milton days: “We delivered on our commitment to assemble the first Nikola Tre BEV prototypes and are continuing to work with customers on the prospective and previously announced BEV truck orders.”

On the face of it, this is decent if not piecemeal progress as the company builds out its capabilities. You don’t just get to gigafactory factory status overnight, right?

“Not good enough!” the NKLA investors cried, and the stock is down about 13% so far this week even as the broader market breaks on through. The next needle-moving news item will undoubtedly be a GM-partnership update — for better or worse.

The Bad: Gotta Be INO to Win-o 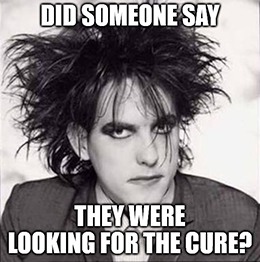 In light of yesterday’s Pfizer surprise-r, it’s the best of times and the worst of times to be in biotech. Well … biotech is always hit or miss, but the pandemic amped things up a notch.

How do you follow Pfizer’s 90% efficacy report? You don’t, really — it’s like if Slayer opened for Suzanne Vega. Inovio dropped over 21% after the Pfizer news came out, but it recouped almost all of the plunge today after its earnings announcement.

For the quarter, Inovio made $0.11 per share on $200,000 in revenue. Analysts expected a per-share loss of $0.19 on sales of $3 million. You win some, you lose some, but it’s never about the nitty-gritty numbers with biotech.

(Great Stuff log: A pharma stock this tiny had a profitable quarter? What the flux?! Ah, I see: Inovio sold off some equity in another biotech company. Whatever floats your goat, I guess … carry on.)

The meat of the matter: Remember Inovio’s vaccine candidate from waaaay back — err, just two months ago? The FDA put trials for INO-4800 on “partial clinical hold” back in late September, with the biotech left just twiddling its thumbs in the meantime while other vax-makers toiled.

Now, Inovio’s report also noted that it expects a response from the FDA sometime this month detailing whether or not its “Phase 2/3” vax trial may proceed. If it does, expect more green to follow Ino’s rebound today.

It’s another one for the vaccine scrap heap.

The Ugly: Beyond the Pale 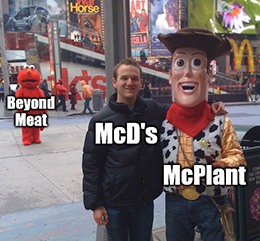 October hit Beyond Meat Inc. (Nasdaq: BYND) as hard as the Pixie Stix sugar crash that ended it. Going into earnings, the stock was 25% off its highs, and yesterday’s announcement from McDonald’s Corp. (NYSE: MCD) hit Beyond like a ton of plant-based bricks.

But, much like you can sum up an Applebee’s date (no, I won’t let this go), the burger was only the beginning of a night most abominable.

Beyond’s earnings paled in the face of, well, everyone’s expectations. The numbers:

It gets better — or worse, depending on your involvement in the meatless wonder. Since March, Beyond tried to pivot to in-store sales with most of the restaurant scene on ice for the foreseeable future. Considering half of Beyond’s sales came from restaurants at the start of the year, it was the company’s only option, really.

But Beyond’s best-laid plans were foiled. Earnings made it clear that the food stockpiling and panic-buying that boosted the patty peddler to the great beyond earlier this year is no more. BYND sank over 23% today, and not even a Hail Mary team-up with Pizza Hut could save the rout.

Here’s the thing with stock market fickleness: Bad earnings won’t always impact a stock … but confusion will. And investors are not thrilled with the McPlant supply chain uncertainty.

Is this a Beyond Meat meets Golden Arches collab? Or is Macca going solo?

He notes: “We have a relationship with Beyond Meat, where they supported us in our Canadian test market. We haven’t made a decision yet about … which suppliers are supporting our global rollout, so I don’t want to comment on that.”

Ooh ooh, then what’d Beyond say?

CEO Ethan Brown touted his Twain: “Reports of my death have been greatly exaggerated. Our relationship with McDonald’s is fine.” Which is exactly what you’d say if you walked into class late only to see your group presenting the PowerPoint you made … and they completely cold shoulder you.

We’ll just see who has vegan egg substitute on their face when the McPlants start growing.

The strong results from the Pfizer vaccine were better than most expected and means we could be opening back up sooner than expected. Coupled with an economy that continues to surprise to the upside and the stock market is now pricing in the prospects of a much better economy in ’21.

In Great Stuff’s Quote of the Week, Ryan Detrick hits the nail on the head. Yesterday’s rally was a bit about President-elect Joe Biden … just a bit. But mostly, Monday’s massive gains were tied to Pfizer Inc.’s (NYSE: PFE) rising vaccine star.

If you want more proof of that, just look at the chart below detailing yesterday’s biggest winners and losers: 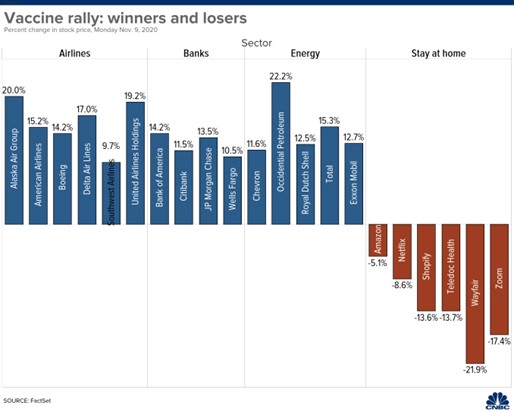 That’s right, you’re getting a twofer — a Quote of the Week and a second Chart of the Week.

As you can see, Wall Street fled work-from-home stocks with abandon and loaded up on post-pandemic stocks like Exxon Mobil, American Airlines and banking shares. And why not? We have a vaccine. The pandemic is over! Everything can go back to normal now, right?

Not so fast. There are a few provisos … a couple quid pro quos to deal with first, starting with the FDA. The FDA needs to grant “emergency use” status to Pfizer’s vaccine before this ball can really get rolling. Next comes distribution…

And that’s when we’re all vaccinated right? What are you worried about Mr. Great Stuff? 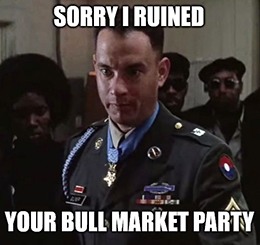 It’s true that Pfizer has ramped up vaccine production in anticipation of approval, but those early doses will go to first responders, doctors, nurses and anyone else working on the COVID-19 front lines.

And we’re talking worldwide here, not just the U.S.

Those vaccinations will likely burn through all of Pfizer’s pre-approval production. The rest of us will have to wait until more is produced and distributed.

We’re looking at months before the general public has access to the COVID-19 vaccine.

In other words, the only way the U.S. economy is “opening back up sooner than expected” is if Wall Street originally eyed late 2022 or early 2023.

As far as a “much better economy in ‘21” goes, that depends just as much on preventing COVID-19’s spread and economic relief from Washington, D.C. as it does on Pfizer’s vaccine. And that’s if all goes well with the vaccine.

In short, don’t bail on work-from-home stocks just yet. And certainly don’t go all-in on old-world energy stocks and travel stocks at this point.

So, what’s the deal with Reader Feedback?

It’s simple, really: You write us a message. We dig it (or not) and gather the cream of the discussion crop for you … weekly!

We’re just two days away from this week’s edition of Reader Feedback, and you have more than enough time to hit us with your market rants, questions or, you know, feedback. 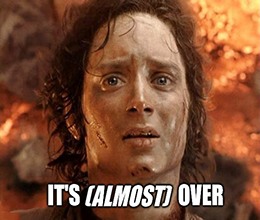 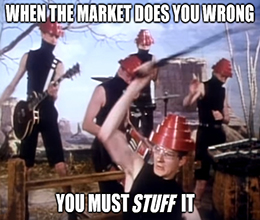