Home » Cryptocurrency » Bitcoin’s No. 1 Rival Is Getting an Upgrade

Bitcoin’s No. 1 Rival Is Getting an Upgrade 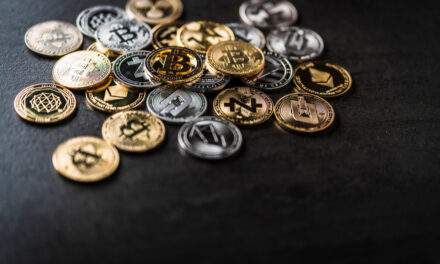 Bitcoin’s price has been in a total meltdown since it peaked in November.

But the damage got worse this weekend. Much worse.

As I’m writing this, the crypto is down another 30% since Friday. And the bleeding hasn’t stopped…

Bitcoin’s market cap is now below $500 billion for the first time since December 2020.

You might think that bitcoin is dead … that it’s never going back to its November highs.

But I hear it all the time in regard to bitcoin: “I still believe in the technology — no matter what.”

The belief is understandable. When it was created in 2009, bitcoin was disruptive for its time.

It launched during the wake of the financial crisis when the banking system had failed.

At the time, it solved a problem, and there was no viable alternative.

But that has changed.

If you’re a longtime bitcoin holder, here’s what you need to know…

The Disruptor Becomes the Disrupted

Every technology in history has eventually been replaced by a different one.

A tech disruptor will eventually become one of the disrupted.

The printing press was arguably the most disruptive technology in modern history. It sped up the rate of innovation by making knowledge available.

More books were created in the first 50 years of the printing press’s existence than during the previous 1,000 years.

But print-based media can only scale to a certain extent.

Fast-forward to the internet.

It takes information to a whole new level, providing access to knowledge at the click of a button.

And printed book sales have only increased by 1% per year.

You can apply the “disruptor becomes disrupted” idea to many other scenarios throughout time.

It’s simple: Unless a disruptive technology can improve by leaps and bounds, it will be disrupted.

Bitcoin’s Upgrades Have Been Few and Far Between

Only small changes have been made to the bitcoin network since it was created.

In 2021, bitcoin underwent an upgrade that enabled the use of smart contracts.

But this capability came several years after the Next Gen Coin already had it.

And that was the bitcoin network’s first upgrade since 2017.

As you can see, updates have been few and far between. And this is by design.

Bitcoin’s developers would rather preserve the existing network than make it better.

And it makes bitcoin ripe for disruption as the Next Gen Coin continues to develop.

It has a massive upgrade planned in the coming months that will change everything.

Forget Bitcoin … Look to the Next Gen Coin

With bitcoin refusing to innovate, its standing as the biggest crypto is in jeopardy.

Don’t get me wrong: I still believe bitcoin has a place in your portfolio.

But you have to see it for what it is — digital gold.

Bitcoin only has value because its holders believe it does. There’s nothing exciting about the underlying technology, which has been surpassed by the Next Gen Coin.

And that’s why the once-groundbreaking bitcoin is in the process of being disrupted.

Just as Facebook and Apple overshadowed Myspace and BlackBerry, the Next Gen Coin is set to eclipse bitcoin.

With the Next Gen Coin’s massive upgrade due later this year, it’s ensuring that it won’t be replaced for a long time.

That’s exactly what Ian King and I look for. As tech investors, we’re interested in disruptors that continue to improve their technology.

You’ll only find this disruption by investing in the Next Gen Coin.

Day One Biopharmaceuticals Inc. (Nasdaq: DAWN) develops targeted therapies for patients with genetically defined cancers. The stock jumped 104% on the release of positive data from a Phase 2 trial of its drug for pediatric low-grade glioma, the most common brain tumor diagnosed in children.

AeroClean Technologies Inc. (Nasdaq: AERC) provides air purification solutions for hospitals and other health care facilities. It is up 34%, continuing its climb from last week after it started pursuing commercialization efforts for its recently FDA approved Purgo technology.

Redbox Entertainment Inc. (Nasdaq: RDBX) operates a network of self-service kiosks where consumers can rent or purchase new-release DVDs and Blu-ray Discs. The stock is up 31%, continuing its climb from last week as short-sellers pile into the stock, attracting meme stock traders as well.

Cerberus Cyber Sentinel Corp. (Nasdaq: CISO) is a cybersecurity company that is up 31% today. The stock is continuing its volatile trading from last week with no news attached to any of the moves.

Forafric Global PLC Ordinary Shares (Nasdaq: AFRI) operates an agribusiness in Morocco and sub-Saharan Africa, making flour and semolina and other products. It is up 19% on its second day of trading after going public via a SPAC deal.

Sono-Tek Corp. (Nasdaq: SOTK) designs and manufactures ultrasonic coating systems for application on various parts and components across several industries. The stock is up 7% on the news that it is being added to the Russell Microcap Index on June 27.

Biomea Fusion Inc. (Nasdaq: BMEA) discovers and develops small molecule treatments for patients with genetically defined cancers and metabolic diseases. It is up 7% with no significant news to report. 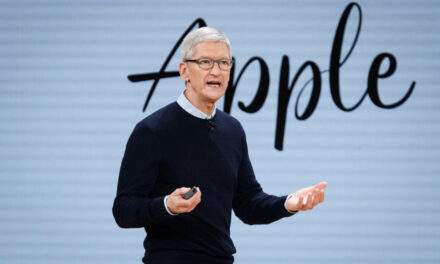