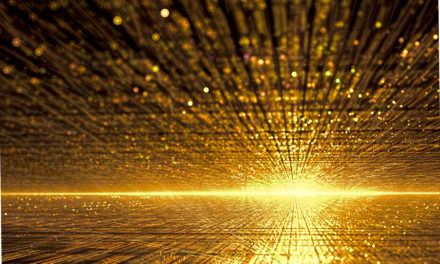 All the signals are pointing to buy.

I’ve seen it before.

Late last year, I told you bitcoin had bottomed — just about a year after calling the top and warning bitcoin was in a bubble.

If you followed my lead and bought bitcoin then, you’ve almost tripled your money.

But the trading pattern I’m seeing now shows me we’re looking at another huge buying opportunity.

Check out the video below to learn the three reasons why I believe now’s the time to buy bitcoin … but maybe not the way you think.

Hey everyone. This is Paul with your Bold Profits Daily. Today I want to follow up on everything I’ve been telling you about Bitcoin. Let’s go through a little bit of history. If you dial it back to 2017, Bitcoin was all the rage.

If you go through the YouTube archives on my channel you will see that I told people that I felt that in 2017 Bitcoin was a bubble and that bubble would crash and burn. That turned out to be true. Bitcoin was somewhere near $20,000 and then went all the way down to about $3,500.

While Bitcoin was a bubble in 2017, it became clear to me that Bitcoin represents the future of money and cryptocurrencies represent part of the future of finance and the way we operate our economies using finance. Late in 2018 I came on and said I believed Bitcoin had bottomed and you should buy in.

Once again, I was right. While it wasn’t the absolute, pitch-perfect bottom, it was close enough. If you bought around there you more than doubled your money. It was somewhere in the range of about $4,000. Let’s fast forward to where we are today.

Bitcoin bottomed somewhere near $3,500 and then there was another surge up to about $14,000. Now what Bitcoin has been doing is churning around somewhere near that range of $9,000 to $12,000 for several months. When I look at what is going on, I see that same things that gave me the idea that Bitcoin was going to bottom in November 2018.

In other words, when you see that churning movement it’s usually because there’s a big buyer somewhere near the bottom and there’s a seller willing to sell somewhere near the top of that range. Usually into that comes people who represent strong hands who are buying in a quantity and sucking up that lower-priced Bitcoin.

Once that lower-priced Bitcoin has been sucked in, what happens next is that prices move higher. I believe we are getting close to that next move higher. Here are my three reasons. One, interest rates, which were going up in 2018, are now heading down. I told you before that I believe Bitcoin, for many people including the millennial generation, represents digital gold.

Gold has historically been an alternative to cash money and I believe Bitcoin is acting in the same way. They are likely to continue to keep buying Bitcoin as interest rates go down because you are getting nothing from keeping money in the bank.

Second, if you went around the world you would see that so many of the world’s currencies are trash. They’ve never held their value. Increasingly, folks around the world are beginning to understand this world of cryptocurrencies exists, particularly Bitcoin. They are thinking, “Why should I lose 100% of the money I save up and it just gets eaten away?”
In places like Venezuela or India or the vast majority of currencies around the world provide you no protection. You leave your money in the bank and the inflation rate is so high you essentially lose all your money. Folks around the world are beginning to understand Bitcoin is something they can put their money into. Those folks are going to continue to push money into Bitcoin, which also is going to move Bitcoin higher.

The third thing is that, right or wrong, lots of people are still in crisis mode. They look at everything going on in the world, whether it be Brexit in Europe, the trade war in the United States and China or the general pervasive mood of pessimism and gloom going on in most places.

Those are the three reasons why I believe Bitcoin is going to continue going up. While there may still be some volatility left, all my previous experience says most times when you see that range setting up, once that low-cost Bitcoin is taken in you are going to see a move higher and Bitcoin prices surge higher.

What I would tell you is if you own Bitcoin, keep holding it. If you don’t own Bitcoin, there are many ways to get in. Soon, I am actually going to put a stock in my Profits Unlimited portfolio that allows you to buy Bitcoin. It’s a stock so there’s no need to open a cryptocurrency account. You can actually get exposure to cryptocurrency by owning a stock.

I am going to look to do that in the next couple months when the timing is right. If you’re interested in that, check into our Profits Unlimited service, which is our flagship service. If you like this video, subscribe to this channel, share it with your friends and family and comment below.

I’ll have another one of these for you next week. Until then, this is Paul saying bye. 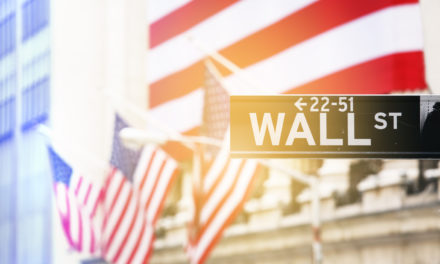