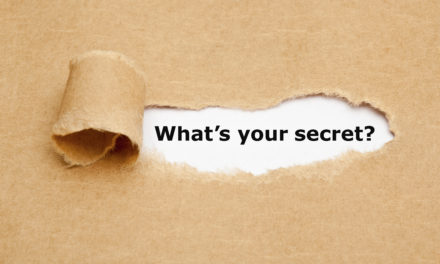 It’s one thing an up-and-coming biotech company has to have to beat out the competition … and have its stock rocket to the top.

It’s not the only thing. But innovation is key.

You see, health care represents 43% of the $47 billion raised in the initial public offering (IPO) markets over the past year.

The majority of health care IPOs have been biotech companies, followed by firms that supply medical equipment, products, tools and services.

But they can’t all be winners. That’s why Paul and I developed a method to target the right biotech IPOs when they come to the market.

We direct our biotech focus toward three of the most promising sectors:

In each of these categories, we look for the most innovative companies developing late-stage drugs that are close to coming to market, as well as medical software and device manufacturers that service these health care sectors.

These sectors can bring in the biggest IPO winners. And here’s why.

The 3 IPO Sectors to Buy for Big Biotech Payoffs

Orphan drugs target diseases that are so rare, it’s generally not profitable for large drug companies to focus on them.

But smaller biotech companies have more freedom to take greater risks in developing new orphan drugs. They can move more quickly to test the medications and conduct clinical trials required for medications to hit the market.

In the U.S. and Europe, government regulators have prioritized development of orphan drugs by making it easier for them to get approval. This has allowed technological advancements in research and development to lower the time and cost of creating and marketing a new drug.

I recommended a company in this sector in IPO Speculator after its “Orphan Drug and Fast Track” designation from U.S. Food and Drug Administration and European Union regulators.

Since then, the company has developed new treatments for a rare precursor to leukemia known as myelodyspastic syndrome, acute myeloid leukemia and ovarian cancer.

Precision medicine is revolutionizing health care with customized medical treatments designed to treat individual patients based on their unique biological and genetic makeup.

We like companies that design optimal treatments based on studies of patients’ genes and work to boost their own natural immune defenses.

They are disrupting the old-world way of treating patients.

Those maps are then used by biotech companies to develop novel treatments.

Think of it as the picks and shovels of the immunology gold rush.

We all want that company that will lead to a cancer cure.

Oncology is the branch of medicine focused on the research, identification and treatment of cancer.

According to the National Cancer Institute, in 2019, roughly 1.8 million people will be diagnosed with cancer in the United States.

So any breakthroughs that address the various forms of cancer are tapping into a huge market.

One such IPO Speculator company is up 37%.

It’s developed a test that predicts whether patients diagnosed with invasive cutaneous melanoma — a deadly skin cancer — will suffer a recurrence or the spread of tumors to other parts of the body.

Get the “Microsoft of Biotech” for Big Gains

Almost a decade ago, venture capitalist and software engineering legend Marc Andreessen published an essay in the Wall Street Journal headlined: “Why Software is Eating the World.”

In it, he predicted software companies would disrupt virtually every established business and industry.

Since then, software companies such as Microsoft have created massive investor wealth by doing precisely what Andreessen predicted.

This next decade is going to be a period of positive health care disruption that will parallel what has happened with software.

At Bold Profits Daily, we want to help you ride that rise in biotech.

So today, I’m going to tell you the best way to grab a leader in one of our three sectors: oncology.

This exchange-traded fund (ETF) will give you the opportunity to grab profits from approximately 25 pharmaceutical biotech companies.

They are currently focusing on drugs to boost the immune system’s ability to fight cancer.

These leading companies are going to be big players in this revolutionary biotech bull market.