Using Asset Protection as a Shelter From Possible Market Lows 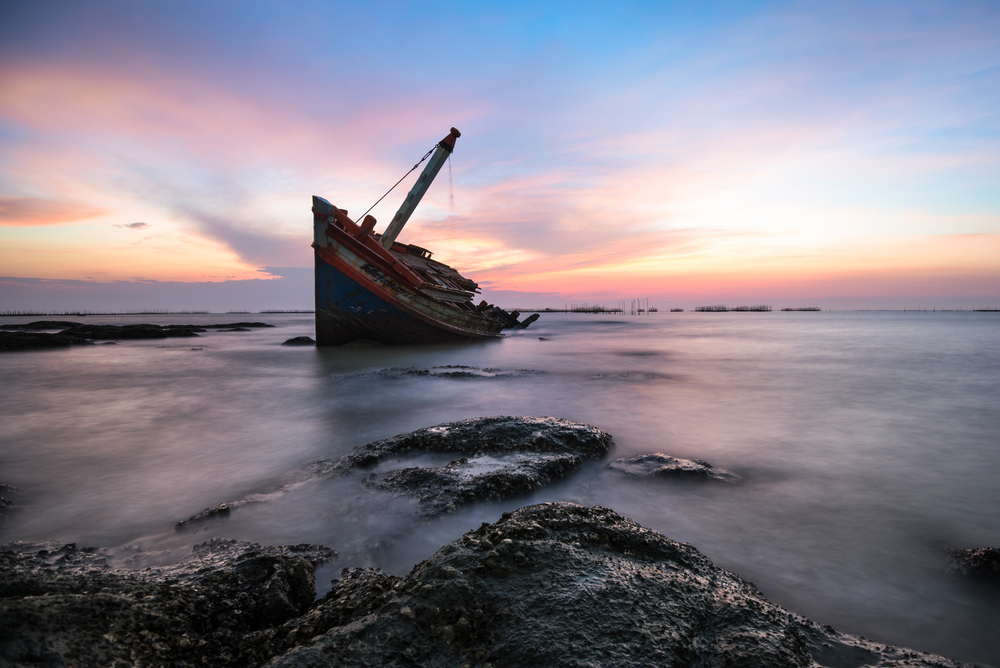 I was on a hilltop plateau next to my hotel in Bermuda yesterday, and what did I see? Larry Ellison’s America’s Cup racing catamaran zipping across the choppy waters of Bermuda’s Great Sound bay. Turns out that it’s not just the stock market’s rough waves that have everyone’s attention right now.

The words “Oracle” in large white letters on the catamaran’s black mainsail made it kind of hard to miss. The crew was getting in some early practice for the America’s Cup qualifying rounds, which start here in May of next year.

With composite fiber construction, a 140-foot-tall mainsail and hydrofoils on twin hulls (and a crew of 11), these vessels can travel in excess of 40 to 50 miles per hour. Think of a glider wing attached to the bottom of two sleek pontoons, and that’s what one of these boats looks like.

Of course, the global economy could also use a couple of floating pontoons these days. That is why many Total Wealth Symposium attendees are here to get the latest information on asset-protection strategies.

Our own Ted Bauman noted the possibilities for using self-directed IRAs as an option some people may want to consider, especially individuals who have assets but are not necessarily “rich.”

On the other hand, a properly executed and administered self-directed IRA — still using a U.S. custodian as required by IRS statute — may offer a more cost-efficient alternative.

Ted said this kind of account has its advantages, allowing someone to pursue high-yielding investments, leverage opportunities and, best of all, maintain a deeper level of control.

For instance, if you have real expertise in buying or selling real estate or race horses, the self-directed IRA would allow you to use that knowledge to build up the account’s value in the years before you would need to start drawing on the account during retirement.

Many Forms of Asset Protection

Mario Heider at Austria’s Bank Winter told attendees that he believes governments failed to learn the lessons of the 2008 financial crisis and are only postponing the inevitable future crisis. Private banks, such as Bank Winter, he said, are totally different from traditional banks in that they are not gambling with other people’s money — as such banks did during the financial crisis, overexposing themselves to systemic risk.

He urged those listening to remember a key part about asset protection — do not hold your assets in one basket and don’t hold them in any one bank nor in any one particular country. Why? Because of the rising threat of wealth confiscation in developed countries with an insatiable need for more revenue.

But there are alternative ways of protecting wealth as well. RMB Group’s Barry Potekin commented on the popularity of a book like Michael Lewis’ The Big Short, but noted that “you can’t make money in such downward markets unless you are comfortable shorting the market.”

“Managed futures, on the other hand,” he said, “allow you to have a portion of your assets in an instrument that is not correlated to the stock and real estate markets.”

Juan Federico Fischer, managing partner at Fischer and Schickendantz, noted another avenue of asset protection: farmland in Urugay. As Fisher noted, the country has long been a safe haven with a tradition of rule of law, a high level of honesty in business practices and a stable democratic tradition.

As experts here have noted, the key to asset protection is having a plan in place before you need it. That is why we have been recording the presentations and taking preorders for our Total Wealth Symposium video kits. This way, you can watch the presentations yourself, take notes from their PowerPoint slides and make your own preparations to protect yourself.

That’s about it from the Fairmount Southampton in Bermuda. Look for more tomorrow from Jocelynn Smith as the Total Wealth Symposium continues.