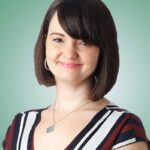 During this presidential race, candidates have had a penchant for stating some deeply outrageous things. And the newswires have been all over it. Go online right now, type in “presidential candidate,” and you’ll be assaulted by thousands of articles — from news pieces to op-eds — clamoring to get their piece of presidential coverage.

But as you glance over those articles, you may notice one thing is rarely talked about: How the candidates’ proposals will affect the market.

So when Ted Cruz declared his plan to carpet bomb ISIS, I turned to Jeff for his thoughts on what the repercussions would be, including how that plan would hit the investment world.

Here’s what he told me:

Ted Cruz needs a history lesson. And maybe a muzzle.

Then again, just about every Western politician needs something similar these days when it comes to their strategies for dealing with the Islamic State. And if any of them are successful in what they propose, you will be ecstatic to have owned gold and oil in your portfolio.

Before I begin, let me clearly state that I am not an Islam apologist. I think radical Islam (along with the radical Christianity evident all over America these days) is a boil on society that should be permanently lanced. So what I’m about to say should not be seen as bowing to Islam. It’s a “paint-by-number” exercise designed to illustrate where we go in a Ted Cruz presidency so that you can prepare your portfolio for the effects.

That said, Ted Cruz either allowed his emotions to control his mouth (and that’s understandable in times like these) or he is a dangerous human being with no grasp of history or Muslim culture and, if so, should be kept as far away as possible from 1600 Pennsylvania Avenue. His transgression: insisting that “If I am elected president, we will utterly destroy ISIS. We won’t weaken them. We won’t degrade them. We will utterly destroy them. We will carpet bomb them into oblivion.” To be clear, that suggests dropping weapons — and potentially nuclear weapons, based on his comment about making “sand glow in the dark” — on regions in which ISIS operates, assuredly killing countless innocent bystanders.

Dear Ted, might I suggest you pop into a library and find a book on U.S. military history … and report back to us on how well carpet bombing worked in repelling the North Vietnamese and the North Koreans. Hint: Not so well.

I understand you are trying to stir up the masses with vitriolic pugilism that sells to a certain voter bloc. But you certainly must recognize the delusion in your thinking. You cannot repel a people who are fighting on their home turf in support of their own beliefs, regardless of the fallacy of those beliefs. They have the upper hand.

Of course, that won’t stop militarists from pursuing a bad strategy under the misguided belief that “might equals right,” that power is the solution to every conflict.

But, Ted, you haven’t considered the troubling math. The world has more than a billion Muslims. And if the failed Bush/Cheney doctrine of killing Muslims in the name of “justice” has proven anything, it’s that indiscriminate/accidental killing of noncombatant Muslims breeds more terrorists than you can shake a drone-guided missile at. People who were not necessarily inclined to attack you suddenly find their motivation in the spilled blood of innocents. It’s the Hydra Syndrome — cut off one head, eight grow back.

And when you are angering a billion or so Muslims because you are carpet bombing their mothers and fathers and brothers and sisters and aunts and uncles and teachers and friends … they will view this as the modern Crusades, and they will take up arms against the invader — in the invader’s home country.

You simply cannot eradicate a billion people spread across the planet. Instead, your small-minded pugilism will simply create an asymmetric global war: We — the West, led by Ted Cruz-style militarists — will use conventional warfare that has proven entirely ineffective at containing terrorism. And aggrieved Muslims will use unconventional tactics to continue a terror campaign of taking down airplanes and attacking nightclubs or trains or subways or restaurants or shopping malls or packed stadiums.

But I cannot control what voters do; I can only comment on the lunacy of their ballots cast, and how to prepare for the knock-on effect in your portfolio. Maybe a hyper-militaristic America wants to go to war once again in the Middle East. If so, voters will make the same horrific presidential choice they made in 2000 — with the same horrific results: a drastic expansion of terrorist ideology.

In that world, you, the investor, will best be served by owning physical gold and oil stocks.

Oil prices will surge as Muslim terrorists target every oil field in the region. The shock and awe of that terrorist campaign will radically alter perceptions of global security … and gold prices will rally sharply higher as investors run to the metal, one of the only real safe-haven assets around.

Will any of this come to pass? Who knows? But if you see a Ted Cruz (or, God forbid, a Donald Trump) taking the White House next fall … then prepare now for a dark world to come.

For more of our coverage on how the U.S. government is affecting your wealth, I suggest watching this report.

America’s failing education system starts here … Go up to any politician, ask them “Do you believe education is important?” and you’ll likely get the same response: Of course.

Yet, when it comes to early childhood programs, which are clearly important in future student success, the U.S. is — to put it frankly — failing. Compared to other OECD countries, America has one of the lowest enrollment rates — only 41% of 3-year-olds and 66% of 4-year-olds are enrolled in preschool. That’s far below the OECD’s average 74% rate for 3-year-olds and 88% rate for 4-year-olds. It’s clear that as other countries are ramping up their early childhood education offerings, we’re letting the ball drop.

Beyond a doubt, one of the first steps to rectifying that is by improving the quality of our preschool teachers, but there’s a significant roadblock to that solution…

I’m one of those people who judges others by their actions, not their words. And when it comes to early childhood education, the U.S. talks a great talk, but doesn’t even get up off the sofa to walk the walk.

U.S. business leaders, law enforcement leaders, military leaders, charitable foundations, Nobel-winning economists — not to mention education experts — all say they support better preschool. So do the overwhelming majority of U.S. voters. But the facts show that prekindergarten (pre-k) teachers in the U.S. are amongst the lowest paid and most poorly-treated workers in the country.

I speak from experience here. My wife is a pre-k teacher.

It’s undisputed that early childhood — ages 3 to 5 — is the most crucial time of a child’s life. It’s so important that children who don’t get appropriate “stimulation” invariably suffer greatly in later life compared to their peers. They are less likely to finish high school or go to college and more likely to have personal and legal problems, and earn significantly less over their lifetimes, than kids who get a good head start. That means their own kids are more likely to end up that way, too.

In the old days, this sort of early childhood development might take place in the home. Back when mom was a housewife, she might have been able to devote a chunk of her day to the sorts of things kids get in a good pre-k program. But nowadays mom is likely to be working to make ends meet. That’s just a basic fact of today’s increasingly unstable low-wage economy.

That means most U.S. kids must go to an institution of some sort during the day, if only to allow their parents to work. Ideally, it will be a pre-k program designed around sound educational principles. But in practice, most U.S. kids end up warehoused in situations that are little better than day care. And even where formal pre-k programs exist, they often underperform relative to their mission.

The basic problem is that U.S. early childhood educators earn scandalously little. A 2014 report from the Center for the Study of Child Care Employment found that preschool teachers typically only make a few dollars more an hour than fast-food workers. That’s despite the fact that early childhood educators are often required to have a college degree that costs them tens of thousands of dollars of student loan debt to acquire.

U.S. early childhood educators earn 30% less than similarly-educated people. And yet they spend almost 30% more time on their jobs than teachers in most OECD countries. Almost 85% of U.S. early childhood educators say that finding a job that pays enough to survive — and even to send their own kids to preschool — is a serious problem. And yet, sadly, they are vilified by some politicians as lazy and greedy.

I see the consequences firsthand. Many of my wife’s colleagues have limited qualifications, little interest in their work and move on at the first opportunity. No matter what the curriculum may require, many kids in my community get a substandard education simply because the people hired to carry it out are hassled, distracted and often dead broke.

In a cruel twist, many school systems are prepared to hire teachers with limited qualifications, but will only pay them a bit more than minimum wage unless they acquire a formal teaching degree. If they do, they’ll face a lifetime of student-loan repayments they won’t be able to afford. So most don’t bother. Those who stick around become excellent teachers through experience but never get a raise unless they jump on the education-debt hamster wheel, which cancels it out.

The result is a distorted labor market. Because it pays so little, pre-k often attracts the desperate. Because educational authorities tolerate this, those like my wife who love their work and want to improve their qualifications are stymied.

Meanwhile, the heads of many U.S. universities earn millions. Our presidential candidates outdo each other in their promises to spend more money on the military. Oh, and the top 25 U.S. hedge fund managers make more than all the country’s kindergarten teachers combined.

The takeaway? Tomorrow’s U.S. leaders are likely to be little better than today’s … unless our priorities change … and fast.

It’s the newest stock exchange in the world, and probably one of the last to open … Myanmar (Burma) just launched its new stock exchange last Wednesday — the Yangon Stock Exchange — and the BBC is saying it signals a new economic era. It’s the latest sign of the country’s growing strength as it continues to receive steady inflows of foreign investment and business. Foreign direct investment actually hit a record $8 billion during the 2014 to 2015 fiscal year as monoliths such as Coca-Cola, Colgate and Mitsubishi rushed in to profit from the country’s consumer boom.

This is precisely why Jeff believes Myanmar is one of the best opportunities for emerging-market investors. It’s why we were among the first investors in the country and why our position in Ezion Holdings, which is helping exploit Burma’s energy riches, gave us a 255% gain when we closed it last fall. Myanmar is in the midst of a tech boom that’s going to be much more impactful than the one we underwent in the U.S. not too long ago. The revolutionary technological changes for the frontier economy mean a complete shift in its consumer activity, and all of this paves the way for more and more people to climb into the middle class, where one has never before existed.

In fact, according to Boston Consulting Group, the middle-class population is expected to nearly double from 5.3 million in 2012 to 10.3 million in 2020.

And that means there are radical profit opportunities for those who know where to look. So keep an eye out for Jeff’s new book, Replay, where he’ll lay it all out. We’re aiming to launch it in January.