Home » Great Stuff » No. 1 In Infections; Pot for Profit; Crapping Out in China 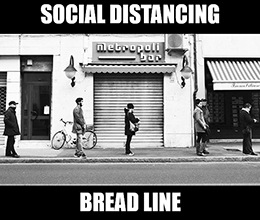 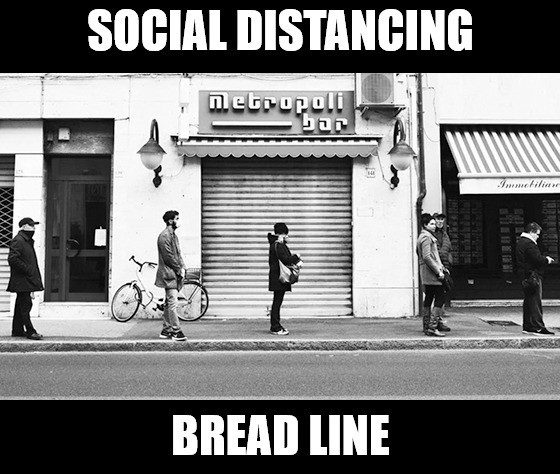 Are we having fun yet?

Thousand-point swings in the Dow used to send investors panicking and running through the streets. Now? Meh. Been there, done that.

This week, the Dow posted its biggest three-day gain since 1931. All the major financial publications crowed about it. “We’re back in a bull market!” many claimed.

I hope the irony of those two statements isn’t lost on you, dear reader. Yes, nothing inspires market confidence like the volatility of 1931!

If there’s one thing we can learn from the Great Depression, it’s that now is the perfect time to dump all your money back into speculative investments! Right?

Also, we can easily solve our unemployment problem by lining everyone up in bread lines and taking black-and-white photos of them. Just think of the revenue we’d make from Getty Images licensing alone!

I get the feeling from my emails that some readers can’t tell when I’m making fun of a company (or situation) or when I’m serious.

Well … let’s get serious for a moment. The U.S. just claimed the title of the largest COVID-19 spread in the world. (We’re No. 1!)

There are more confirmed coronavirus infections in America now than in China, where the outbreak began. What’s worse is that there’s no sign that the spread is slowing stateside.

I maintain that we have not seen the bottom in the market yet … and we won’t see it until we get the full picture on how COVID-19 affects the U.S. economy. Until then … until Wall Street investors have all the facts … even the $2 trillion stimulus package won’t save the market.

What are your thoughts on the $2 trillion rescue bill? Great Stuff readers had a lot to say on the topic last week. Has your opinion changed? Email us at GreatStuffToday@banyanhill.com to let us know!

Finally, a reminder about U.S. government relief checks before we get to today’s hottest stories:

No. 1: The Perfect Pot Pandemic 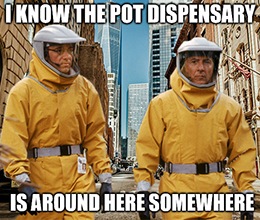 Marijuana may be closer to broad U.S. legalization than ever before, and it’s all thanks to the coronavirus.

The COVID-19 response is sapping state economies across the U.S., and that means budget shortfalls. The New York State Comptroller Thomas DiNapoli reported last week that the state might see revenue drop between $4 billion and $7 billion. That’s a lot of lost revenue.

“If Colorado can raise +$300 million from recreational and medical marijuana sales in a year, New York can certainly earn over $1 billion as long as the state taxes and regulates adult-use sales reasonably,” said Rabe.

Rabe’s research makes sense, and investors already speculate that many states could move toward legalization to make up for budget shortfalls. 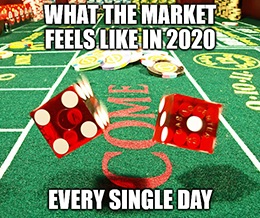 MGM Resorts International (NYSE: MGM) was on fire in its last six rolls on the craps table. The stock had just won six days in a row, rallying more than 88%. Positive coronavirus news out of China (including Chinese retail locations reopening and the country’s slowing COVID-19 spread) provided positive sentiment for the gambling mecca.

The company announced that, while all of its Macao, China, locations are now open, no one is coming. “Visitation remains at low levels,” MGM said. Group cancellations remain “very high,” and U.S. properties, which remain closed, have seen “substantial” operating losses in March.

MGM said that it doesn’t expect to see any improvement until more is known about the pandemic’s duration and severity.

MGM shares fell more than 5% today, and with continued uncertainty surrounding the coronavirus, more losses could be on the way. 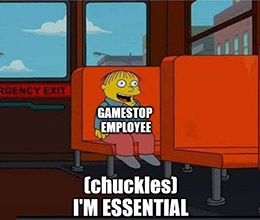 Remember when GameStop Corp. (NYSE: GME) thought it was an “essential retailer”? Aah … those were the days. (Wait … was it only a week ago?)

This week, GameStop reported fourth-quarter earnings, and it went about how you’d expect. Revenue plummeted 25% year over year. Earnings came in at a mere $21 million. And yet, both figures topped Wall Street’s expectations. Must’ve been really low expectations…

GameStop also had a tidbit of other positive news: March sales actually rose 2% in the past three weeks.

“In fact, we’ve seen an increase in store and online traffic over the past few weeks. We remain committed to continue to meet those needs in a safe environment,” CEO George Sherman told investors on a conference call.

By George, maybe that’s because you deemed your stores “essential” and kept them open longer than you were supposed to? It’s not hard to see a rise in sales when every other store is closed, you know. And used game booklets make great toilet paper when you’re in a pinch … just saying.

Despite the upbeat report, GameStop announced that it will close more than 300 stores this year … after closing 321 stores last year. How’s that for “essential?”

If this all sounds rather questionable to you, you’re not alone. After soaring nearly 13% premarket, GME shares dropped roughly 2% in regular trading. Investors can see the writing on the wall for GameStop. 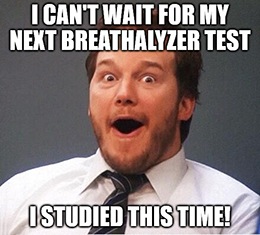 “Tell me again how we can use bomb-sniffing tech to identify COVID-19 infections!”

Yes, you read that right. Researchers adapted technology that’s typically used to sniff out bombs to test for the coronavirus. And you thought you’d never willingly agree to a Breathalyzer test!

The company is Astrotech Corp. (Nasdaq: ASTC), and the product is the BreathTest-1000. While both the company and product names sound like they’re out of The Jetsons, they’re both very real. (Ruh roh, Reorge!)

According to Astrotech, the BreathTest-1000 is “ideal for lung disease testing applications” and could be used to test for COVID-19, pneumonia and other lung infections. The device is still pending approval, but since it’s based on existing bomb-sniffing tech, Astrotech believes that it’ll need very few changes before it’s commercially available.

As the COVID-19 pandemic drags on, this technology could be a game changer. ASTC shares soared more than 240% this week.

So, Mr. Great Stuff, let me get this straight. We haven’t hit bottom, and it’s too early to get speculative. What in the world am I supposed to do?

What I need you to know right this very second is this: Now is the time to be smart about your investments.

Why? Because almost no one else is!

But, by following an experienced guide, you will make it through this. This too shall pass.

Experts like Charles Mizrahi have seen this panic all before … on Black Monday in ’87, during the dot-com bubble and amid the ’08 financial crisis. Even in the worst of it all, Charles showed people how to protect and grow their money.

How does he do it? Easy. Just three simple rules. That’s all it takes.

Armed with these three simple rules, Charles sets out to sift the gems from dirt — no matter the market environment. So, before you decide to sell or buy a single stock, watch Charles’ video.

Charles personally went out of his way to record a video to walk you through all three of his easy-to-follow rules. As Charles says: “What you do in this current meltdown will make all the difference on what your net worth will be in the next five years.”

While you check out Charles’ urgent message, I’m off to make sure that one of my cats hasn’t destroyed any more toilet paper. I don’t think cats realize that even they can be TP … if you’re brave enough. 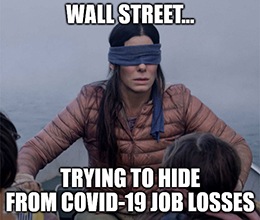 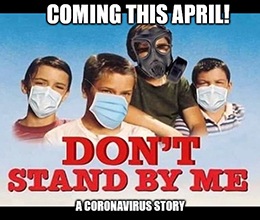