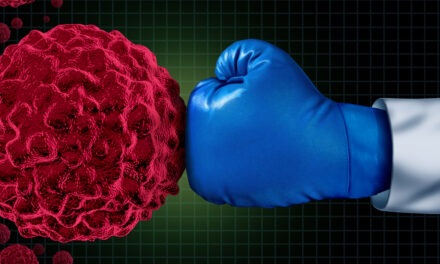 Now, that is an America 2.0 sector that will not only lead you to some of the biggest investment gains out there, but it could change the world.

Living tech is a medical breakthrough inside you! And using it can create treatments that are tailored to your own genetic makeup.

It’s the heart of precision medicine. Your very own DNA.

I don’t have to tell you that any moves towards better, faster cancer treatments are great for the world and our health. But it’s also great for the forward-looking investor.

Used to be, all it would tell you is if you have diabetes, high cholesterol or an infection.

But now, genetics companies are working double time to roll out new DNA blood tests to diagnose a wide variety of cancers.

These new tests detect the DNA signatures of tumor cells faster and better than traditional biopsies.

Some tests can even ID the genetic markers for cancer before tumors form.

These next-gen DNA blood tests are the most powerful new weapons in the war on cancer that we’ve seen in decades.

And a new analysis of this mega medical trend projects the genetic testing market for cancer will become a massive $51 billion opportunity in just the next three years.

That’s why the time to invest in this living tech cancer weapon is today. It’s a precision medicine power play that you won’t want to miss.

Profit From the Genetic Revolution in Cancer Medicine

Over the past six years, biotech startups and Big Pharma companies have expanded the number of cancer genetic tests on the market.

The U.S. Food and Drug Administration has actually approved new blood tests for many different types of cancer — including cancers of the lung, breast, prostate, colorectal, ovarian and leukemia, among others.

But that was just the beginning.

Precision medicine takes this to the next level.

Now, research is underway on new genetic tests that use a single blood test to detect eight or more different types of cancer. It does this by keying in on tumor DNA and protein biomarkers in the blood.

Some of those tests can even identify biological cancer signatures in the blood before a person even has symptoms or other signs of cancer.

The blood testing revolution is already underway, valued at about $6 billion today. But it’s just scratching the surface.

Once you add in the incredible living tech of precision medicine it’s going to surge higher!

The FDA recently said that it expects to approve 10 to 20 cell and gene therapies every year by 2025.

This is the essence of precision medicine — a field that is projected to grow from a $79 billion industry last year to more than $217 billion by 2028, according to BIS Research. That’s a growth rate of 175%.

And it is also a great example of the promise — and profitability — of America 2.0 in practice.

And with all the advances coming with genetics it’s only going to go higher in the next three to five years.

This is an America 2.0 mega opportunity in the making. (See Paul’s vision for our nation’s upgrade here.)

A great way to buy into our precision medicine mega trend: Invest in an exchange-traded fund (ETF).

One of the super plays that Paul placed in his “America 2.0 ETF” is the SPDR S&P Biotech ETF (NYSE: XBI).

It’s a health care fund that includes many small startups and larger companies that could score big as a result of a positive new clinical trial result or FDA approval of a new drug or treatment.

Since its March low, XBI is up more than 66%. But we think there’s plenty of room to go higher from here.

In short, by investing in the incredible new weapons in the war on cancer you’re not only helping to boost the health of the nation … you’re setting yourself up for significant profits. 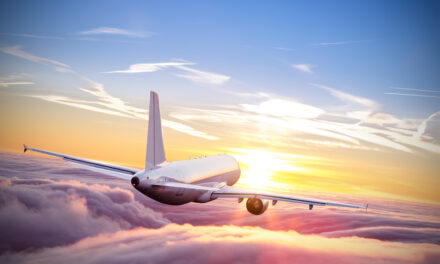