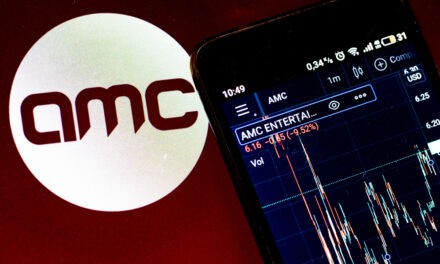 In 2021, though, the stock has rallied more than 3,000% as day traders, meme traders and Reddit investors continue to buy shares at higher and higher prices.

AMC’s skyrocketing valuation may seem crazy. But there’s a moneymaking opportunity here if you have the right trading strategy.

In today’s Market Insights video, Steve Fernandez and I discuss why investors shouldn’t ignore meme stocks such as AMC.

Meme Stocks Are Back: GameStop and AMC Rallies

Steve: Yeah, so, there’s not much good news from AMC. What’s really driving it is — I mean, it’s not all from Reddit, but, you know, the Reddit army. It’s really caused by groups of traders that are just piling into meme stocks.

We have seen some bad news from AMC this week. But not much good news.

Steve: Yeah, it warned investors that it was on the road to Chapter 11 unless it got funding.

One of the recent buyers of its stock, Mudrick Capital, basically day traded its shares the other day. Mudrick actually stepped up for funding way back at the end of last year.

So, yeah, it’s not bankrupt. And it looks like it’s going to survive for a little bit longer.

Ian: But AMC also announced that if you’re a shareholder, now you get different perks when you go to the movie theater. Should I be buying AMC stock to get some free popcorn? What do you think? Is that a good risk-reward ratio?

Steve: I mean, free popcorn sounds great. But if you end up losing money on the stock, I think you could have bought popcorn for a few years with the money that you lost. So, it’s probably not a reason to buy the stock.

Ian: Good point. Now, I just want to explain a little bit of the dynamics of what happens with a short squeeze, because I’m sure you hear this term bandied about.

And let’s talk specifically about the options market now. There are market makers and hedge funds that go out there, and they look at stocks that are way below where strike prices are, and then they sell those options.

So, they sell the call options, expecting them to expire worthless. And a lot of this happened after the last rally in February, when it felt like the meme stocks were dead and never coming back again.

So, now you have all these market makers that are basically short upside calls in the stock. And as the stock starts moving up closer to the strike prices, those market makers have to turn around and buy shares to hedge their risk.

And the more they buy shares, that increases demand, which makes the stock goes up, which almost becomes a self-fulfilling prophecy. And you get this crazy short squeeze.

But what I noticed this week is when we got to these strike prices, $30 and $40, where there is a lot of open interest, that means that a lot of market makers and hedge funds were short. It just acted like kindling. You just poured gasoline on the fire and shot the stock even higher.

And then what did AMC do after this big rally? Steve, explain exactly what the company did by issuing more shares here.

Steve: The CEO actually came out and praised shareholders. And AMC issued shares twice in the last week.

I mentioned Mudrick Capital bought $230 million. And AMC just announced it would be issuing, like, $700 million in stock. So, that’s roughly $1 billion in stock.

And put that in perspective: Last year, at the end of the year, AMC was only worth $500 million. So, if this had come at that point, the company would be 60% lower almost overnight.

Ian: Unbelievable. And, you know, it’s interesting because everybody has different time preferences, right?

So, if you’re a mutual fund, you’re not buying shares of AMC, because from a fundamental perspective, there’s no way to justify the current valuation of the stock. It’s up 3,700%, or something like that, on the year.

But if you’re a day trader or a meme trader or a Wall Street Bets trader, and you’re just, you know, trying to find more fools to sell to, that could be a strategy as well. You don’t necessarily have to care too much about the fundamentals if you’re just trying to make a quick buck.

So, explain to our viewers why we’re not necessarily negative on strategies like this, because there’s a moneymaking opportunity there.

Steve: Yeah, these types of trades arise every now and then. We saw it in January, and we’re seeing it again now.

Like you said, it’s important to have a strategy. But these stocks are moving. So, there’s a potential to profit off of this, and trading them can be a good strategy.

You kind of described the differentiation between investors and traders. And even investors, if they have the right strategy on these trades, you know, if it’s a small percent of their portfolio, it’s not an end-of-the-world trade.

You just have to be careful that you’re not chasing them. Like, entering when the stock peaked earlier this week probably wouldn’t have been a good idea.

Ian: Right. I mean, this feels like a typical pump-and-dump scheme. And, unfortunately, most investors don’t participate as much in the pump side of things. They get stuck with the dump side of things, which is never good. 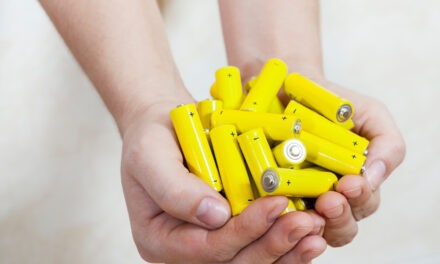 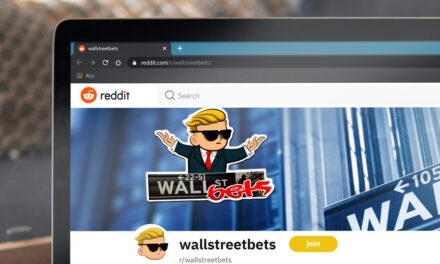