4 “Next Tesla” Industries to Watch 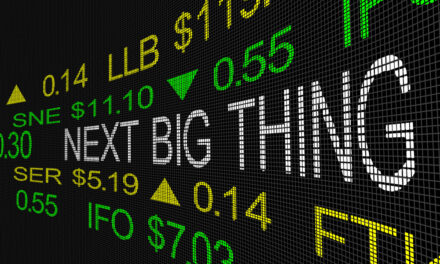 There are countless EV (electric vehicle) companies chasing their tails to try and be the “next Tesla.”

Don’t worry. I don’t see Tesla’s (TSLA) growth slowing at ALL. This $1 trillion company could keep going to be $100 trillion.

So instead of another EV player, I see the “next Tesla” in completely different industries!

In fact, I believe there are FOUR growing industries with the potential to match the kind of explosion Tesla’s stock has seen:

where the "next Tesla" is today

Find out why in today’s video and add these industries to your watchlist:

This week I want to talk about something that I have been tweeting about for all of last week. Everyone that missed Tesla today is looking at this price chart of Tesla.

Over the last three years at its recent peak, it was up 1,700%. This is a massive winner.

In hindsight, everybody says it was so obvious, so clear. The truth is, there are a fairly small number of people who actually got the benefit of this incredible run in Tesla. I have been on Twitter and I know that there’s a lot of people looking at the Rivian IPO, Lucid, and Polestar is coming through a SPAC transaction.

I just want to give some commentary on these companies and what I think about them. Remember, anything on this channel is opinion and not advice. You are on your own in terms of what you choose to do in your own trading accounts. Just remember, Rivian, Lucid and Polestar are all fighting to be number two.

Then they have to develop or co-develop a charging network and a delivery network. They have so much work ahead of them. Billions of dollars worth of stock, debt, or loans they are going to have to come up with to make all this into a reality.

As I said in my tweet, in the short term their stocks are going to pump with excitement as people ponder and discuss how Rivian’s car looks cool and Polestar is great. But long term, I think they will struggle to sustain the gains they get from these pumps.

When you break it down as to what Tesla’s huge advantages are, they have a minimum of five or seven-year lead in battery technology, car production in terms of scaling up, and then autonomy. These companies are going to have to license or god forbid they try to develop this because they are probably 10 years plus away.

By the time Rivian and Polestar and Lucid get to all these things — let’s say delivering 100,000 cars. Let’s say that’s in one year. Tesla is going to be at the point of having introduced robotaxis. They will have created another business level that these companies aren’t even in the game, let alone competing.

Looking For The Next Tesla?

It’s going to be something you could write a big fat book on as to why it’s not going to work and why it’s going to fail. Definitely, all the Wall Street experts will be telling you you should absolutely stay away from it. Go back and look at some of the best investments, trades, speculations.

Tesla, Bitcoin — these will all fit this category. They were largely things people were told to stay away from. I would tell you these EV companies, short term, you can look at as trades. For us, we are going to stick with Tesla. I would tell you the greater likelihood is Tesla is more likely to become a $10 trillion company than these turning out to be some massive investments that are going to work out.

I put up a poll asking folks and also telling folks where I thought some of these winners might come from. One of the places that is still unhyped is the area of eVTOL — vertical takeoff and landing aircraft. There are a number of them out there that are competing.

There are people who are making big plans for creating networks. Right now, I believe the range of these is something in the range of about 100 miles are so. You would have to have a regional network. They are seen as where Tesla was five or seven years ago.

“Paul, these are too sci-fi. These are going to happen 15 or 20 years from now. I can’t be bothered with all that. This is not a reality.” As I have said, all the big winners come from something people think are too far out there. You can come up with every objection, yet those are the ones that tend to work out.

Another area I put in my tweet is space manufacturing. Lunar colonies, space colonies, which they are once again a bevy of objections. “This is sci-fi. This is 20 or 30 years out.” However, I can tell you if you are tracking space, and our readers are, we are in space in a big way. We can tell you this is not 20 years out.

I would say this is a solid category for where you can potentially see this kind of a winner where you have 1,000%, 2,000%, 3,000% gains. The price levels are low, the market caps are low. You could see a big run as people work out that this is going to happen way sooner than what other people believe.

They come to rush in and bid it up. Then other people chase them. Now you have this big move up.

The other place we haven’t talked about a great deal is longevity biotechnology. In other words, looking to increase the lifespan of human beings. There are a number of companies in the biotech sphere. This has gone through periods of hype here and there over time.

However, most people today are not focused on it, but there’s a lot of money going into it. Right now it seems like a weird part of healthcare. The reality is, all healthcare is designated to increase our lifespans and the quality of our life while we live.

Over time, this would just be part of the overall biotech sector. However, right now it’s seen as a separate area. Nonetheless, these drugs and ways of looking to expand human life are real. They are out there. They are making progress. They have drugs in the clinic that look to benefit.

The last area I would tell you which is also dismissed is the area of memes, NFTs, and the metaverse. In our services, we are in the metaverse. We don’t have meme stocks and we don’t have NFTs yet, but I believe these three things are connected. In another video, I will try to put together why I believe that.

However, I want to just put it out there in terms of categories where I think you might see the next big winner like Tesla. That’s the video for this week. If you like this video, come back next week and I’ll have another one. Until then, this is Paul saying bye.

Now that you have your “next Tesla” watchlist, how about some recommendations? We’ve packed our America 2.0 portfolio with these megatrends:

And we’re always watching for new opportunities for YOU. If you’re ready for potential next-Tesla success, start here. 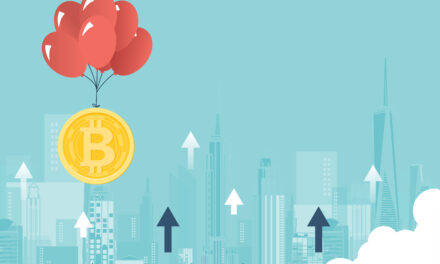