3D-Printing: It’s Not All Hype Anymore – Invest Before Industry Boom 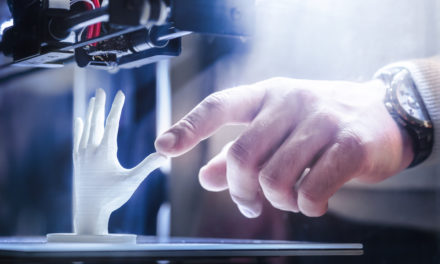 If you’ve been to the movies recently, you have witnessed one of the biggest tech advancements of our time.

Hollywood sees the potential for the new technology that made it all possible.

And I’m going to tell you why now is the time to invest before this market shoots up an amazing 308%!

You see, 3D printing has gone through its “hype cycle” and is now ready to take off.

The hype cycle can be a brutal force in the stock market.

It happens all the time. When a useful new technology goes mainstream, the few publicly traded companies in the market see irrational spikes in price. That’s because everyone wants to buy into the new idea, and why not?

The problem is, when everyone piles in at the same time, you hit bubble territory.

3D printing is no stranger to this.

Here’s a chart of a big 3D-printing company called Stratasys (Nasdaq: SSYS). As you can see, it was clearly in bubble mode from 2012 until 2015: 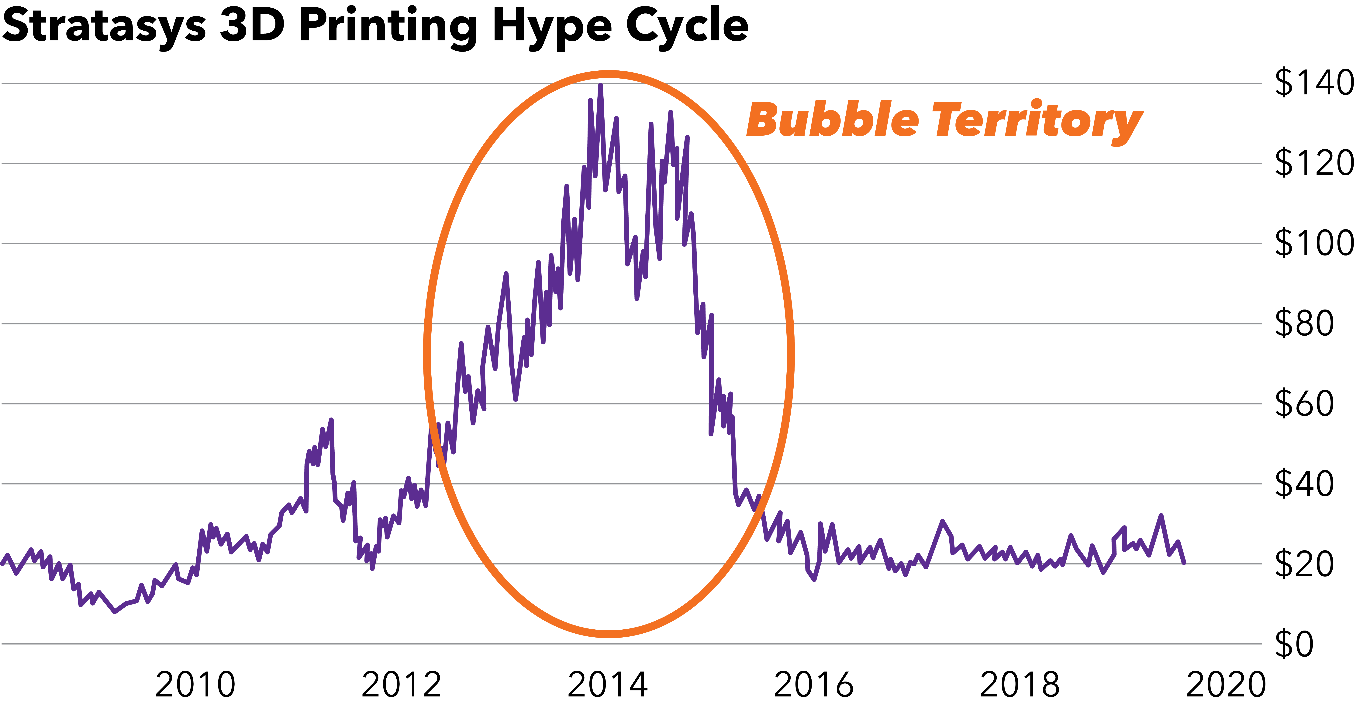 Everyone was obsessed with 3D printing.

It had swept the silver screen, so what was next? 3D-printed houses or cars?

This is a perfect example of how the market can show the potential of something long before it’s ready.

But now, 3D printing isn’t just hype. It’s actually being used all over the place in the real world.

Earlier this year, there was a huge study done by 3D-printing firm Sculpteo. More than 1,300 companies all over the world gave their opinion on 3D printing. The results were extremely positive.

About 51% are actually using it to make products, compared to 38% last year. And 80% of these companies said that they’re using it to innovate faster than ever before.

It helps with every stage of the process — from designing new ideas to printing custom-made prototypes, and finally to mass-producing the real thing much quicker and cheaper than before.

Keep in mind that every 3D-printed product we see today took years of behind-the-scenes experimenting to make it ready for the public. But all that work is finally paying off and ready to hit the public for sale.

It’s happening across the board in all sorts of different sectors:

Of course, this is just the beginning…

I don’t think people will be buying 3D-printed houses anytime soon (at least most people), but more and more of these 3D-printed products are going to surface in the near future.

An encouraging trend I’m seeing is that startup 3D-printing companies are being bought out more often than ever. Last year, 39 were acquired. That’s almost as many as in 2016 and 2017 combined (42).

And with that kind of growth, everyone wants to up their market share.

In fact, about half of those 39 acquisitions made in 2018 were companies essentially trying to add to their share of the 3D-printing market while it’s still cheap.

Right now, there are several private 3D-printing companies with billion-dollar price tags, such as Formlabs, Desktop Metal and Carbon. And that list is only going to keep growing.

To invest in the future of manufacturing today, I recommend buying shares of The 3D Printing ETF (BATS: PRNT).

When you buy a single share of PRNT, you’re investing in 56 3D-printing companies around the world for the price of one.

And believe it or not, shares of PRNT are trading just about where they were back when the fund was started back in 2016.

But now that this industry is getting set to really take off, I believe that it won’t be long before it goes way higher. 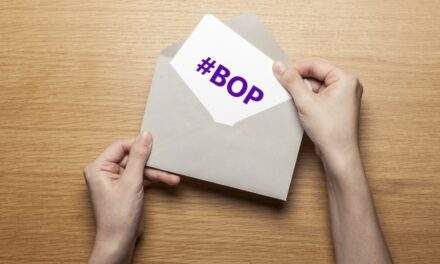 If You’re Not #BOP, Don’t Read This One 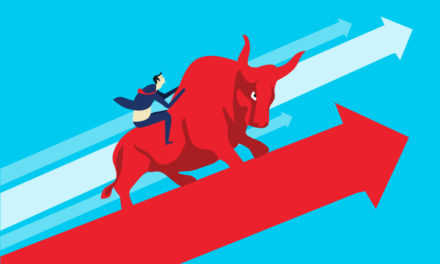