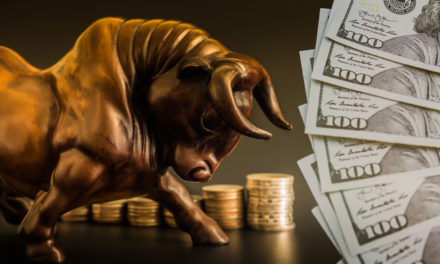 “Pack your bags and get to Boston.”

That’s what my boss told me years back when she sent me on a mission to uncover exactly what was sending these certain stocks through the roof. I’m talking SOARING.

That was when I was first introduced to biotech. And, boy, was it a game changer.

This stunning growth sector is where I made my bones. And today, we have a similar opportunity.

When it comes to biotech stocks, I believe we’re about to see a rally that hasn’t come along since 2015.

And there are three main industries that will reap the most benefit from such a massive bull market.

Check out this week’s video to find out the three industries leading biotech’s new bull market — and two ways to profit on its way up.

Today I want to tell you about what I believe is going to be a massive bull market in a sector that I made my bones in. I’m talking about biotechnology. Those of you who are subscribers to Profits Unlimited know that this is the sector that really made me.

As the story I like to tell goes, in 1999 right after the human genome was first sequenced, I was working for a fund and no one covered biotechnology separately. My then boss said to me, “Go find out what’s going on. There’s a conference in Boston. Leave right now and go attend it and find out why all these stocks are suddenly soaring higher.”

I packed my bags and went to Boston. I attended this biotech conference and I sat there and had all these words thrown at me about the genome. I didn’t have the heart to tell my boss I failed biology in school and it was my worst subject. Instead, I just went and bought a couple textbooks and started to read.

That was the beginning of Google and I googled every term I didn’t know. Over time, I built layers and layers of knowledge until I could read any paper and understand what it was a company did.

Also, I could figure out how to play the biotech cycle. Biotech companies are very different. These companies often have no sales, no profits, they continue to raise money by selling stock the market. In other words, it’s driven a lot by psychology. You have to get that right.

I can tell you from 20 years investing in biotechnology as a professional and personally, I believe that we are on the verge of a massive bull market in biotechnology. I made a video telling you about this a couple weeks ago. I want to do it again because I don’t want you to miss out.

In so doing, it’s going to drive the stock prices of certain companies way higher. If you go back to the last biotech bull market, which ended in 2015, companies like Celgene and Gilead went up hundreds of percent. Smaller companies went up thousands of percent.

The second thing that is going to drive this bull market is that we also have other types of technology like Crisper that have been invented, created, are being perfected, that can come into play. They can really drive both how accurately someone can be diagnosed, what you can do and benefit the patient.

The third thing is that, in terms of the market cycle, biotechnology is just right. If you think about it, biotechnology companies constantly depend on the stock market for their lives. They have intellectual property that is or is not valuable depending on a number of results. It could be clinical trials, FDA approvals or sales of the drug.

However, the vast majority of them have to get to that point where they sell to the market without having any sales or profit. So they depend on the stock market. This means you have to have investors that are willing to take that risk. When interest rates are very high, there’s fewer investors who want to take that risk.

When interest rates are going down, as they are now, there are more people willing to take that risk. That sends money into the market. When you combine that with certain successful events and outcomes, it can skyrocket these biotech stocks higher.

Those are the three reasons why this biotech bull market, I believe, is going to end up making new highs for certain stocks. The types of stocks are going to be cancer companies, because insurance companies and patients are willing to pay for that; orphan drug companies, these are drugs that are laser-focused on a small group of people that the drug can help.

Many drugs only work for four or five out of 10 people. These orphan drugs work in nearly everyone and they work very well. The third is in molecular diagnostic companies. Those are the three areas that I believe are going to drive this biotech bull market.

If you want to get in this biotech bull market, there are two ways. First, here’s my shameless plug. You can click this Strong Hands logo which will take you to an announcement about how you can get in on this biotech market through one of my services.

If you want to just buy an ETF, which is a kind of stock, that has all kinds of biotechs in it, it will not have the laser-focus that I was telling you about but you can buy the SPDR S&P Biotech ETF (NYSE: XBI). The cool thing about this ETF is that it is equal weighted so small companies have the same amount of weight as the big companies.

If these small companies, which is the ones you want to be in, go up a lot you will benefit. Those same small companies are the same ones we focus on in my Extreme Fortunes service, which if you click on the Strong Hands it will tell you how to get into that.

That’s my Bold Profits Daily for you this week. There’s a biotech bull market coming. It’s going to be huge. Either get in through my Extreme Fortunes service or through the XBI ETF. If you like this video, give it a thumbs up, please share it with your friends and family and comment below.

I’ll have another Bold Profits for you next week. Until then, this is Paul saying bye.

And check out my Revolutionary Wealth Summit, where I show you how to go for 1,000% gains. I am giving away my three most incredible biotech stocks — three small stocks, all under $20, all with the greatest potential I’ve seen for 1,000%-plus gains — just for those who watch now and take action. 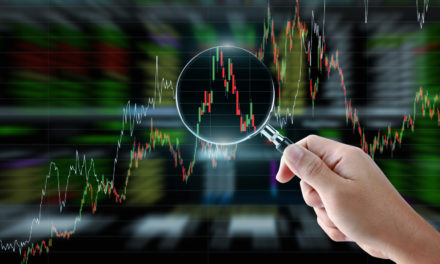