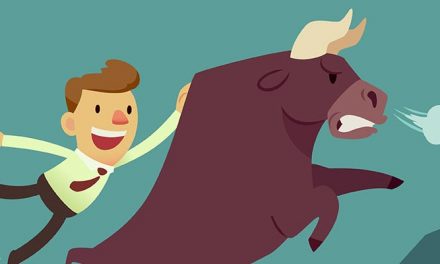 In my last Winning Investor Daily, you heard how I predicted bitcoin bottoming out months before it started to fall.

In the midst of crypto mania, it was easy to see why my prediction rubbed some investors the wrong way. But as bitcoin collapsed, more people saw what I had known all along.

Heading into 2019, my peers and family have all asked me one thing: What do you predict this year?

Truth is, I don’t have one forecast for the markets in 2019.

And each one of these predictions will be key to you building your wealth in the new year.

Even with the rampant fear in today’s market, I remain bullish.

My research shows that we’re on the cusp of a breakthrough rally next year, and the market’s panic doesn’t take into account the profitable opportunities available now.

In today’s video, you’ll hear my three predictions for what 2019 will hold. I know it will be a breath of fresh air for you from the media’s constant pessimism.

Prediction No. 1 for me is that interest rates are going to go down in 2019. The reason for that is what I’ve made a video about before.

I believe that this era of the “disruptification” is such that you have all these technologies that make lots of things cheaper. It’s going to cause interest rates to go down because the critical factor for them going up is inflation.

If you have technology that’s deflating the cost of making things, then there’s no real reason for inflation to go up. Instead, we might actually see prices go down. That would mean interest rates keep going down as we go out into the future.

So, the way that you would bet on this is that you can buy the iShares 7-10 Year Treasury Bond ETF (Nasdaq: IEF). This is a portfolio of U.S. Government seven to 10 year bonds.

Because of the nature of how bond prices work, as interest rates go down, bond prices go up. This is how you would benefit.

The way to bet on my prediction for interest rates going down is to buy the iShares 7-10 Year ETF.

Prediction No. 2: For a lot of 2018, a trade that was popularized by Jim Cramer of “Mad Money,” FANG, was all the rage. Lots of people today have given up on that trade, and many people think that FANG is done.

There’s a reason why FANG has become a thing.

The reason why I believe FANG has become a thing people invest in is because they represent a mixture of different elements of disruptification. In other words, business models are changing. Products and services are changing.

The “old” is going away, and the “new” is becoming more prominent.

Every era, there’s always a group of companies that begins to represent the new that people buy into. FANG is a perfectly good way to get into businesses that are disrupting the worlds they operate in.

So, Facebook disrupts a lot of information, entertainment and advertising businesses.

Google disrupts an entire group of businesses from information to devices.

Netflix disrupts the media world. Amazon disrupts the retail world, and its businesses that are less heard about, like the cloud, are disrupting the entire business world.

The reason why I believe FANG will make a comeback in 2019 is that it’s one of the easiest ways to invest without buying into 20 to 30 companies in this era of disruptification and capture the returns.

That’s my second prediction for 2019 — the comeback of FANG. I do want to disclose that some of the companies in FANG are in my Profits Unlimited portfolio. If you do want to know which one it is, you’ll have to subscribe to it.

My third prediction is my downer prediction for 2019. I believe that Apple Inc.’s (Nasdaq: AAPL) stock is going to continue to trickle down.

The reason for that is that Apple continues to lose market share, as I’ve mentioned in previous videos that I’ve made. The second is that one of its sources of strength is going away.

Apple has a large cash balance, but it also has a rising amount of debt. If President Donald Trump’s tariffs force Apple to bring its production to come back into the United States, it’s going to need that cash.

Some of its sources of strength that people point to may not be a source of strength in 2019. I’ll also say that every big buyer that’s ever likely to buy into Apple’s stock is likely in — especially with Warren Buffet taking a $30 billion or $40 billion stake in the company.

I believe the demand for this stock has likely been exhausted. This is the second reason why I tell you that Apple is going to keep going down.

Those are my three predictions for you for 2019.

You can bet on lower interest rates by buying the IEF ETF, which has 7-10 year bonds in it.

Second, you have the FANG trade, which would mean buying Facebook, Amazon, Netflix and Google.

Third, Apple’s going down, which means you would sell Apple or shorting Apple.

This is the last Winning Investor Daily for 2018. I want to thank all of you for watching the videos that I’ve made. I want to wish all of you a happy and wonderful New Year.

I’ll see you next year. Until then, this is Paul saying bye!

The Time to Buy Is NOW

There’s no better time to get ready for the new year than now. I want to make sure that you’re prepared for the wealth of opportunities that the new year will present to keen investors.

And thanks to the recent market volatility, you can get in on these opportunities at tremendous prices.

In today’s video, you heard several different ways that you can get your portfolio ready for success as 2019 roars into view. One of these plays is already in my Profits Unlimited portfolio — along with a roster of growing stocks that you’ll want to own before the year is out.

By subscribing to Profits Unlimited, you won’t miss out on any of these high-potential stocks. 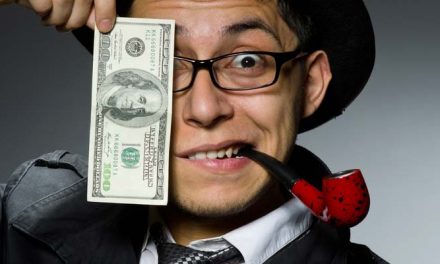