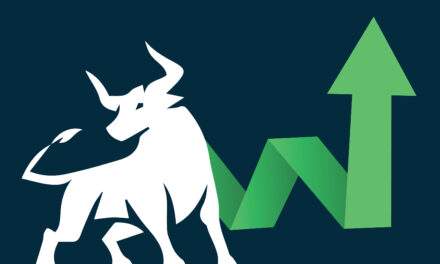 The market continues to test your Strong Hands.

Please hold on if you can!

The Great Reversal back into our growth stocks and crypto is coming.

Here are three bullish signals for America 2.0 and what could ignite the rally:

We’re going to be covering the gamut today, folks. Let’s just get started. Hello, Ian. Thank you for joining me today.

Ian Dyer: Good morning, Amber. How are you?

Amber: I am doing well. How are you?

Amber: Thank you for being here! If you’re new to this channel, if you’re a regular viewer, whatever the case may be, please remember to like and subscribe to this channel and share this channel with your friends and family. Ian, we’re dealing with geopolitical risks and monetary action from the Fed potentially.

Ian: First, obviously a lot of this has been due to the rate hike forecast. When rates go up, it means people get away from investments they see as more risky. In this case, it’s growth stocks. More recently, over the past week, rate futures have gone down.

Last week it topped out at markets predicting seven rate hikes this year. It’s crazy to me. Since then it’s come down to six. The expectations are coming down and I think growth stocks are pricing in even worse damage than that, more rate hikes than are priced in by the market.

I think it’s going to be a key thing for growth stocks to regain confidence from investors and regain demand.

Number two is short coverings. A lot of these stocks are being heavily shorted. Mid-November to mid-January was basically a straight line down for a lot of these companies. On the way, a ton of people went short. Just like people tend to buy at the top, they tend to go short at the bottom.

That was also a trend here. ARKK, which is the ARK Innovation Fund, I think the short interest on that is 16% to 17%. That’s extremely high for an ETF. A lot of the growth stocks in there are even higher than that. When stocks go up, shorts will cover by either taking profits or they will be forced out for a loss.

I think that could be one of the initial things we see that could ignite a rally.

Then third, I think the safe haven stocks are in serious trouble. When rates go up it tends to drive people into safe havens, which has always been stable blue chip, dividend-paying companies, but a lot of those companies are in trouble now because they don’t have cash.

They have a ton of debt they need to pay interest on. They have big dividends they need to keep paying to keep stockholders happy. I was looking at this earlier and there’s a bunch of companies in the S&P 500 that don’t have enough cash to pay their interest and also to increase their dividends for 2022.

At some point I think we’re going to see those stocks fall out of favor of that safe haven status they have had for decades. I think growth is going to reclaim that. That’s because these companies are the ones innovating, disrupting and taking market share.

That’s going to be the norm. These are going to be seen as the safer stocks. I think they will attract a ton of money that would typically go elsewhere.

Amber: Thank you, Ian. I believe those were three comprehensive points that can help gird our growth stock perspective. I’d like to change the script a bit and focus on one of your expert, wheelhouse subjects which is cryptocurrencies and Bitcoin (BTC).

BTC has been on a roller coast. It has taken a dip. What do you see going forward that can help it reverse itself and head back to $50,000? Do you see that happening? If so, how?

Ian: It’s definitely going to happen, it’s just a matter of time. The funny thing about BTC right now is from a supply standpoint it’s the most bullish it’s ever been. That’s because almost 77% of the entire supply is being held by long-term holders who haven’t moved their BTC in six months or more.

That kind of buyer doesn’t sell into panic. They typically hold on for the long term and take some profits when BTC is going into a parabolic stage like it did in late 2020, early 2021. They’re not leaving, they’re buying the dip. It’s just a matter of more demand coming in.

In the U.S., we saw Colorado allow it for tax paying. There’s definitely some big news coming out, we just haven’t seen the price reflect that. I think the biggest thing on the horizon is El Salvador’s bond issuance. They’re expected to issue $1 billion worth of bonds.

The interest on those will be paid in BTC. A week ago it was reported that there might be an extra $500 million worth of demand for that. More recently, I saw an estimate that it could be up to $5 billion. That would be amazing. I think there’s a lot of countries out there that haven’t said anything yet, but are interested in adopting BTC.

The demand from countries and institutions is way bigger than we know. That could be reflected in that bond issuance. It’s just a matter of time. Things like this are tedious with all the bureaucratic stuff you have to go through to legalize BTC and make it legal tender.

It’s probably a painful process that has taken some time, but I think 2022 is the year for that. That bond issuance in El Salvador could be a big catalyst going forward.

Amber: We’ll have to keep that on our radar. Ian, those are fantastic nuggets of info that we need to continue to watch. My last question to you for today, we have a follower on Twitter, InvestForLife, who posed this to all of us, but I think you’re the best to address it.

which highlights an interview with investment management firm DoubleLine and their CEO Jeffrey Gundlach. Gundlach said, ‘The Fed is obviously behind the curve. It’s going to have to raise rates more than the market thinks.”

You’ve mentioned already at the beginning of our talk, but can comment on this article?

Ian: I thought the timing was odd for him to be saying this because it was the day the rates spiked up and I think the day they peaked. Peculiar timing on that. I think the interest rate market has gone crazy. There is some FOMO and then everybody buys into the consensus that it has to happen because the market is pricing it in.

I think he said five interest rate hikes in 2022 and a 33% chance they would do a double hike in March. They might do that in March, I don’t think it’s going to be the case. Either way, the Fed meeting is going to be a sell the rumor, buy the news event especially in growth.

Whatever happens there, I don’t think it’s as bad as growth stocks are pricing in. That goes for the rest of the year too. I don’t know what his thoughts are on the companies that are struggling to keep enough cash on hand and bring in enough cash from their operations to pay their interest and dividends.

Obviously, with a lot of these companies there’s pressure to increase their dividends. They also use debt to finance their business. If rates are hiked, that means they will have to pay even more cash on that future debt. That would severely damage those businesses if they had to pay that on top of the fac they are struggling to pay dividends.

I think as the year goes on we will see the interest rate narrative flip. It’s not going to be as big as people think. That’s my take on it.

Amber: Thank you, Ian, for giving us your insights. Thanks for joining us. I appreciate you so much.

Ian: Thanks again for having me.

Amber: Take care. Thank you again to Ian for joining us today and sharing his perspective. Where BTC and other cryptocurrencies are concerned, our team is super bullish on predictions. Paul is calling for BTC to reach $250,000 by June. Ian is even more #BOP with his 2022 predictions.

He believes BTC will hit $350,000 this year and Ethereum will hit $20,000. On top of that, his forecast for the total crypto market is $20 trillion. Even with crypto’s wild year, Ian is standing by his targets. He’s now calling this market prime for a great crypto comeback.

Here’s the kicker, the big gains won’t just be with BTC or ETH, if things play out the way he thinks, they will go up for sure but not as much as the smaller alt coins he is targeting. Using his strategy in Crypto Flash Trader, he can identify which alt coins could have huge price moves before they happen.

Don’t let the crypto market intimidate you, now is the time where you can take advantage of the rebound without having to sift through thousands of alt coins on your own. As Paul says, “Ian is the guy you want in your corner when it comes to crypto.”

To learn more about Ian’s Crypto Flash Trader, click the strong hands to get more details. Remember, you can follow Paul, Ian and me on Twitter: @MampillyGuru, @IanDyerGuru and @ALancasterGuru. That concludes this week’s Market Talk. Thank you for tuning in.

Have a great week ahead. Until next time, take care. 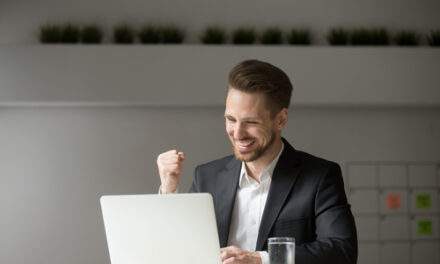 How I Fixed the Earnings Trade Problem