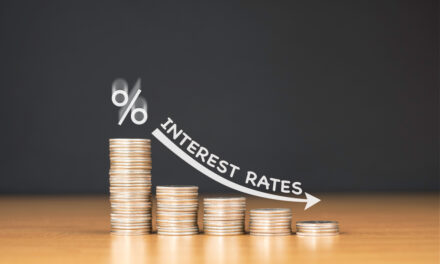 One of my predictions for next year is that we will see negative interest rates.

I know. People are going to say: “Paul — that’s preposterous.”

Well, the reality of our world is that people are holding more cash. Americans have trillions in savings alone!

Here’s why this is a big deal.

I think this huge bid on cash is going to ultimately push into our America 2.0 growth stocks.

There is a loop forming here — 2022 is going to be THE year you’ll see Fourth Industrial Revolution tech adoption in real life.

This is great news for you. Watch today’s Bold Profits Daily and see what I mean:

Just think, if you are a large company you cannot put your money into mattresses. You’d have to buy a lot of safes to physically put the money. There might be legal restrictions to doing it. In other words, you have almost no choice but to put your money in the bank.

Now you are getting less back than what you put in. Many people may think it’s preposterous, ridiculous, it should not be, it’s a total rip-off. While this all might be true, the reality of what is going on in the world is that there is a huge bid for cash.

Part of it is the stimulus checks. Part of it is the lack of spending that two years of lockdown mentality have driven. When you extend this worldwide, there are trillions more sitting in Europe or Asia. One reason for this that is not talked about is the fact that the world is growing older.

As you grow older, your need for more stable investments rises. Most people for their daily needs would prefer their accounts don’t swing as our stocks do. Growth stocks are crazy volatile. This is not something you would put a lot of money into unless you had a lot of time, you were willing to withstand that volatility or you were willing to take that risk.

The downside is if you needed the money and it happened to be a down period like we are experiencing this year, then you’d be stuck. Cash has a huge bid as a result of demographics around the world, people’s desire for safety after 2008 and a number of events that have driven forced savings.

Things like lockdowns and also western governments have provided income support in some number of countries. This has created a massive amount of cash. It’s unwilling to go anyplace. There is really nothing that can be done with it. The banks have no capacity to lend that out and earn some positive return.

How Negative Interest Rates Will Change The Stock Market

Something where you are being charged for your money to be held in a certain place above a certain level. You will no longer get back what you put in. Here’s why I brought this up with respect to the predictions video.

For me, all this money and the coming of negative interest rates are going to drive a number of changes. People will start taking their money and start to push it out. If you were slightly risk-oriented, you might become a little more risk-oriented and push out into the bond market.

Obviously, that’s what we are invested in. The other place you will see money move into is into innovation companies. The companies that are simply doing the same thing, again and again, are not innovating. You can spend money there, but you aren’t going to get any additional productivity or efficiency.

If the demand goes down for your product or service, if you are an America 1.0 company investing more money would be something that generated a negative return. I believe you are going to see all this cash that is being hoarded around the world, there’s going to be a price extracted for all this hoarding.

It will be negative returns or high fees that act like negative returns. It’s going to push money into the growth areas of the stock market and into capital spending. Businesses will start to invest money to implement AI, blockchain, Internet of Things, robotics, 3D printing, photonics.

They will start to invest in new industries like space. You can see that there is the beginnings of a circular movement, a self-feeding loop where money will start to come out in search of a return, both in the capital spending economy and the stock market.

Both of these benefit our stocks. Our stocks either make these technologies or else they are implementing it and using it to increase their productivity and efficiency. The last part of this is that all these technologies, once you get past the spending, are all deflationary.

What Will Happen To The Economy?

They drive prices down for existing products and services and they are more profitable. I saw a stat that was put out by the folks at ARK Invest that said AI in a number of service businesses has the potential to increase efficiency by 140% over the next nine years or so.

140% is extraordinary when you consider the size of our services economy. Then when you think about the impact of the Internet of Things, blockchain, precision medicine, molecular diagnostics, being matched to the right medicine. Massive productivity benefits come from it.

This then also extends life and increases the demand for cash. This is why I believe these conditions of excess cash are going to continue for a long period of time. They will keep funneling money into innovation stocks, innovation implementing stocks.

The boost to your profitability, productivity, and efficiency are huge. As you can tell, I am BOP. I believe 2022 is going to be the coming-out year for innovation, the Fourth Industrial Revolution, and America 2.0. You are going to start to see autonomous cars, drones, robots in public places.

It will start to become an increasingly common thing. With that, it’s also going to trigger this ah-ha moment for a lot of folks who are not in America 2.0 and Fourth Industrial Revolution stocks. They will say, “Whoa, this is happening. I need to get in.” That is music to your ears because that’s what we’re invested in.

As they come in, they are going to be forced to bid prices up, especially after the year we have had in 2021. I am very BOP. I know this has been a difficult year for our stocks. Hopefully, you have had strong hands. It’s so important to have a positive mindset and be BOP.

I’ll have another video next week. In the meantime, be strong hands, be BOP. This is Paul saying bye.

2022 Predictions Opportunity: Like I said today, this is going to be a breakout year for the Fourth Industrial Revolution.

America 2.0 technology is creating all-new electric cars, spacecraft, and even medicines. All while disrupting three dozen industries … industries worth trillions.

And it’s making them right here … at home in America.

We’re not leaving any gains on the table in 2022. I’m recommending “obvious” stocks for America 2.0. 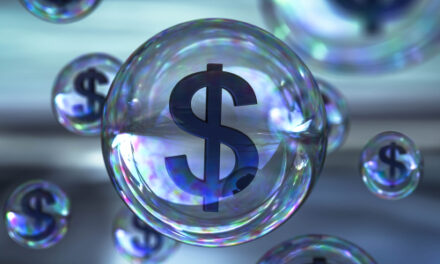 Crazier Than the Dot-Com Bubble 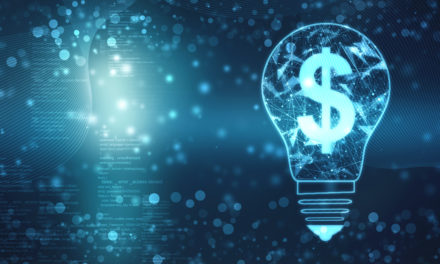