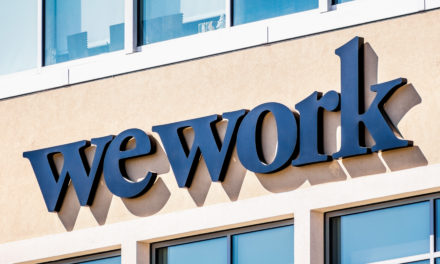 The reach of technology allows me to work from almost anywhere today: my home, a hotel, a café or even a riverfront cabin.

But there are times when I like working in a traditional office. And when I do, I usually choose a shared office space that’s part of the WeWork network.

WeWork, which recently changed its name to the We Company, is like the McDonald’s of shared office spaces: You know what to expect, and each location offers pretty much the same thing.

This week, I had an experience that underscored the value of this reliability.

I was visiting my sister and her family in Brooklyn and needed a quiet place to work and record my video for Monday’s Bold Profits Market Talk.

But instead of going to a local WeWork location, I opted to try a different coworking space nearby because I wanted to see how it would compare.

Let’s just say I was underwhelmed.

I tried to book online, but its website was down. So I just went in.

No one was at the front desk when I arrived at 8:30 a.m., and only one other guy was working there.

So, I settled into a vacant conference room that was rigged with fans and loud window air conditioners, which made video recording impossible.

In addition, the Wi-Fi was slow, which made my video freeze from my laptop.

In the end, I had to use my cellphone.

But I also learned a valuable lesson: WeWork may seem like a simple operation, but making it work is anything but.

Compound Your Earnings by Investing in WeWork

WeWork has tried to present itself as a tech company with a community orientation.

But it has received some flak for it — a bit of it well deserved — while marketing its upcoming initial public offering (IPO).

The truth is, WeWork is simply a fantastic commercial real estate operator with a turnkey transformation process.

I believe critics have been too dismissive of the company. In fact, it’s the best operator in the fastest-growing subsegment of commercial real estate — and an exciting investment proposition, at the right price.

I had a chance to sit down with Paul Mampilly to talk about WeWork at the Total Wealth Symposium. You can watch it here:

Video edited and produced by Amanda Klein and Warren Henderson

When we picked up the conversation this week about WeWork, Paul made a comparison that rings so true:

“When McDonald’s first showed up, people said: ‘What’s the big deal? Anyone can make a hamburger.’ But, of course, it isn’t that easy. Just look at McDonald’s success.”

It’s a great point. And it applies directly to WeWork.

In fact, you could say WeWork is the McDonald’s of coworking spaces.

I experienced that firsthand this week when trying out the mom-and-pop alternative to WeWork. It just didn’t have everything in place, like WeWork does — which tells me the competition is weak at best.

Competitors make similar breakfast foods. But when I’m on the road and can’t get to my favorite New York deli for the best bacon, egg and cheese breakfast sandwich I’ve ever had, I go for the old reliable: the egg McMuffin.

I always know what I’m getting, and I won’t be surprised or disappointed.

WeWork is like that: It’s easy, reliable, convenient, comfortable and kinda cool.

It’s also pretty much the best coworking experience I’ve had.

My experience this week reminded me of the time I worked with a startup company that had a six-person office in a coworking space run by an old-school real estate company.

The company’s leases were old school. They required hefty deposits, longer terms and all kinds of punitive clauses typical of commercial leases in New York City.

The management also cut corners by locking the doors at 5 p.m. on the dot every day and turning off the heat or air conditioning to save on costs.

We eventually decided to go with a WeWork location. It only took a week between when we saw the space and when we moved in. Our lease was month to month, and the space was cheaper than the one we were previously paying for.

Our new WeWork office also had 24/7 access, coffee all day, fast and reliable Wi-Fi, plenty of common areas and conference rooms, an app we could use to book guests or add floating desks for colleagues in town, and the option of using any of the company’s thousands of facilities around the world.

The move was a huge success, and company morale went up immediately.

2 Ways to Invest in the Coworking Mega Trend

Coworking spaces have grown more than 1,000% over the last decade: 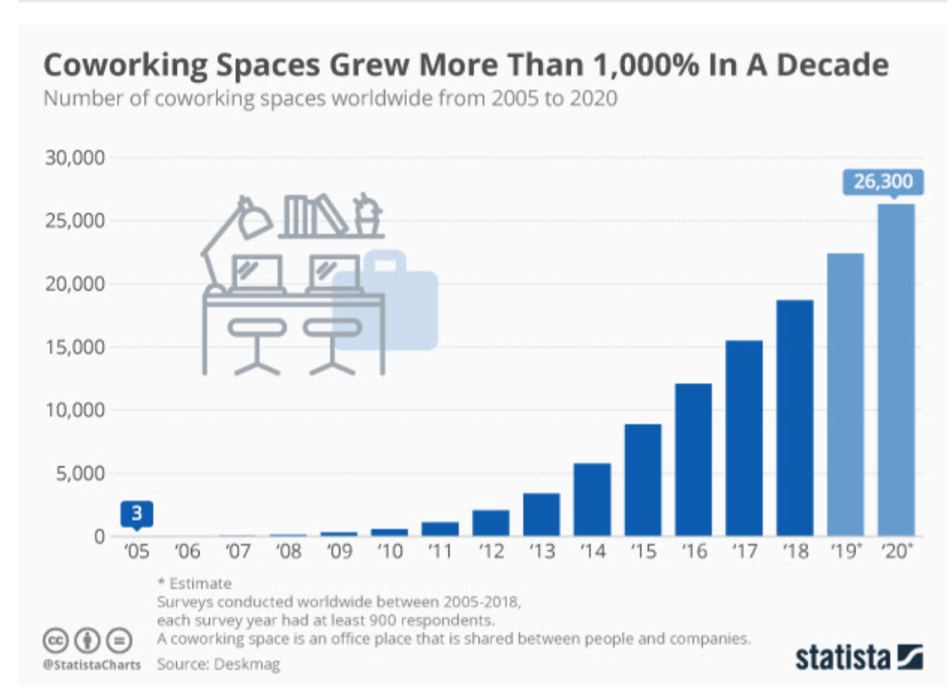 Now, WeWork isn’t a public company, so you can’t buy stock in this up-and-coming innovator.

The company has filed for an IPO but has yet to set a date for it. However, I expect the company will go public this fall.

But one way to play the coworking trend now is to add a coworking real estate investment trust to your portfolio.

Boston Properties Inc. (NYSE: BXP) is a great play and is up more than 20% since January. 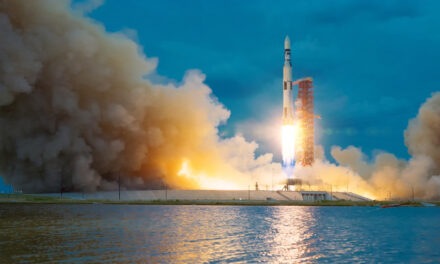 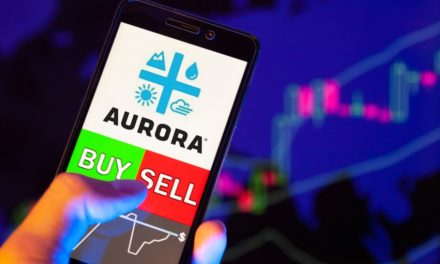