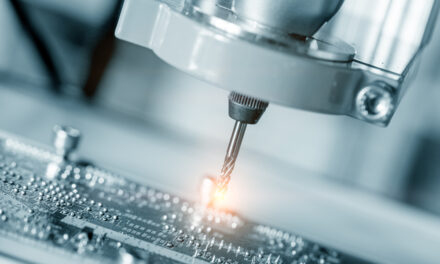 Fortune favors the brave — the BOLD. So, this is how we invest for Bold Profits.

When it comes to precious metals, that’s usually not the case. Precious metals are considered “safe haven” assets.

You probably think of gold or silver. And some of you — such as Michele — are looking for ways in:

We actually do recommend some precious metals! But only the ones with an America 2.0 twist.

For instance, we don’t recommend gold. But we are super bullish on digital gold … bitcoin.

And in my research, I found you two precious metals at the heart of — but also hidden — in America 2.0.

In high school one of my favorite subjects was chemistry.

As a sophomore, I was placed in senior chemistry class because I had a knack for learning about the properties of solids, liquids and gases.

The first thing I did was memorize the infamous periodic table: 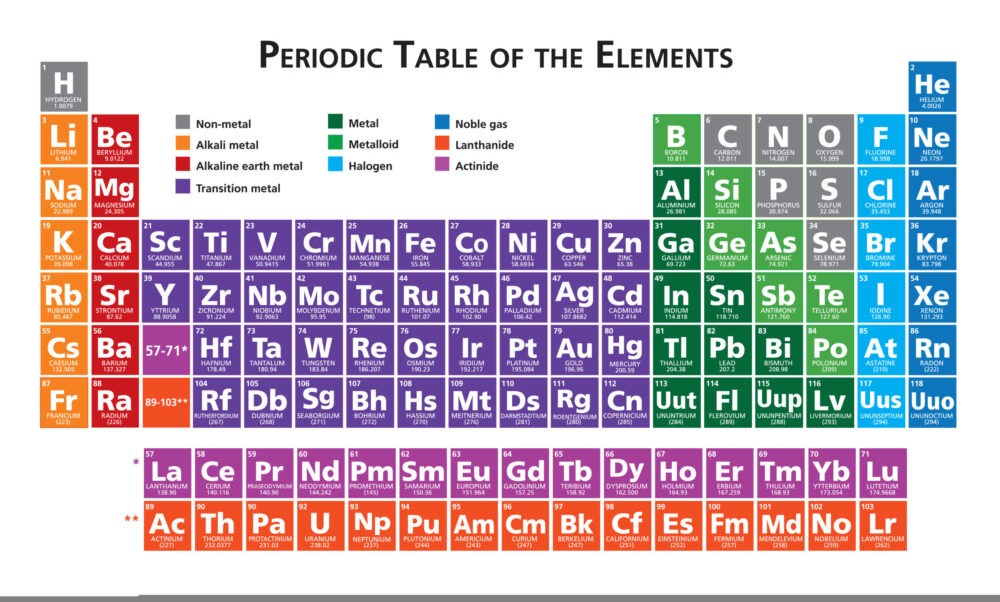 Just looking at it brings back memories, doesn’t it?!

Well, as we transition from America 1.0 know-hows to America 2.0 innovations, certain precious metals play an important role in the manufacturing of key products.

The first is Indium. 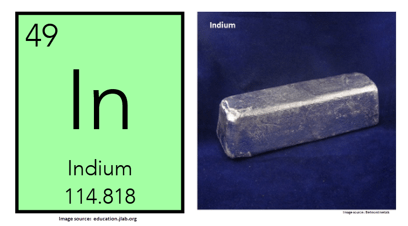 Since World War II, Indium has been critical in the production of technological innovations.

From coating for bearings in aircraft engines to an anti-corrosive for mirrors.  The precious metal indium is a staple.

Today indium has found a new life in the ever-changing world economy.

If you have a touch-screen smartphone, a flat-screen television or computer monitor, it’s thanks to indium!

And it’s a vital component used in the semiconductor industry to make chips.

One private indium metal company states that the metal is used “as an absorber layer material in solar panels — to convert photons from the sun into usable electricity.”

This makes it a great way for you to invest in the renewable energy market.

As you know, solar is part of Paul Mampilly’s new energy revolution. (Click here to see the full scoop on his stock pick for this America 2.0 mega trend.)

Per this one-year Bloomberg indium spot price chart, the precious metal has seen a healthy rise in recent months. 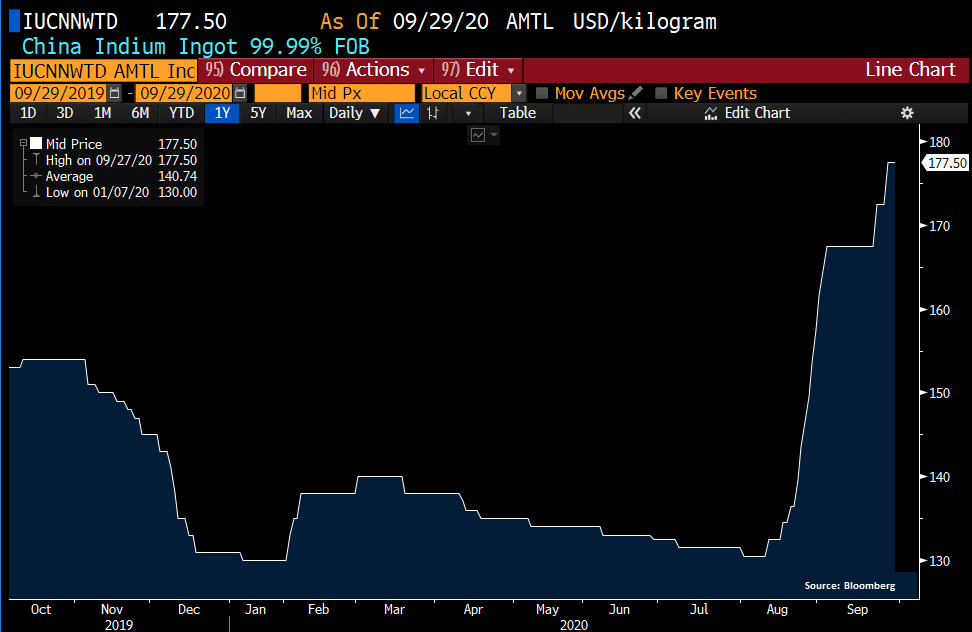 The second precious metal for the America 2.0 revolution is Iridium.

Discovered in 1803, iridium is one of the rarest metals on earth.

Because of its high heat tolerance, iridium is ideal in use in mechanical products that can reach high temperatures.

Iridium is used in a variety of industries including the electronics and automotive industries. But, targeted medicine is what makes it poised for its full potential.

In 2017, an international group of scientists showed how iridium can be used to kill cancer cells.

Their findings showed that iridium has the potential to provide new targeted drugs that attack cancer cells in completely new ways. It can also combat resistance and can be used safely with a minimum of side effects.

The scientists characterized this discovery as a:

Leap forward in understanding how these new iridium-based anti-cancer compounds are attacking cancer cells, introducing different mechanisms of action, to get around the resistance issue and tackle cancer from a different angle.

Per this one-year Bloomberg iridium spot price chart, the precious metal has also seen a significant rise in recent months: 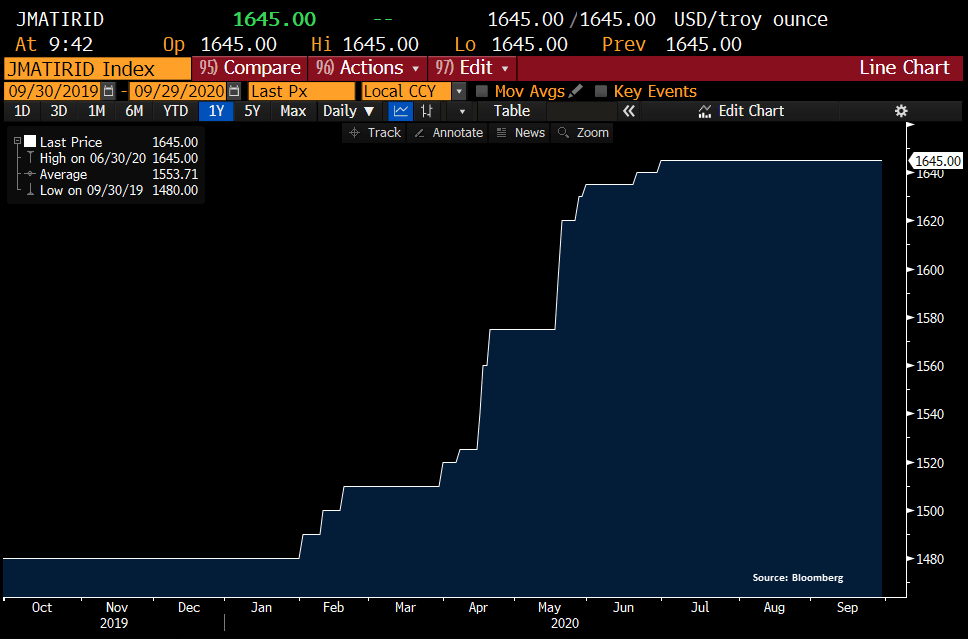 Buy Shares in an America 2.0 ETF Boosted by Precious Metal

Though we are unlikely to recommend direct exposure to these types of metals in Bold Profits, it’s still important to show you how these precious metals play a role in the broader trends we follow.

As I mentioned, indium is a vital component used in the semiconductor industry to make chips.

Semiconductors are needed in most America 2.0 type of technological advancements and investments focused on semiconductors have a great potential to rocket higher.

To participate in the rise, I recommend buying shares of VanEck Vectors Semiconductor ETF (SMH).

VanEck Vectors Semiconductor is an exchange-traded fund (ETF) that invests in the largest and most liquid companies listed in the U.S., which are active in the semiconductor sector. 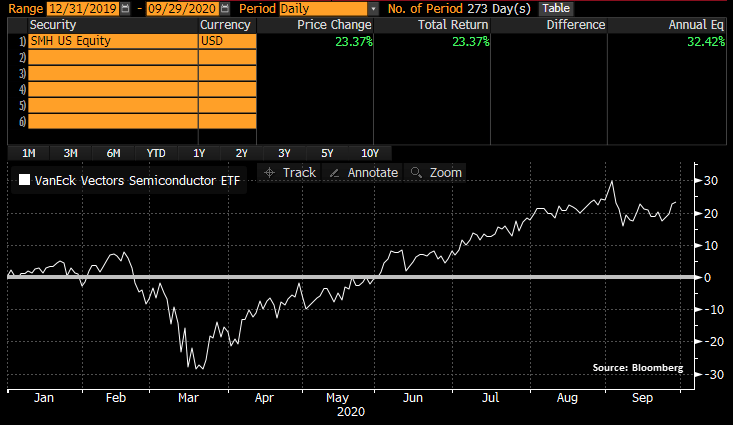 We’re #BOP (bullish, optimistic and positive) on all aspects of America 2.0 that are playing a key role in its boom.

Make sure you’re all in! 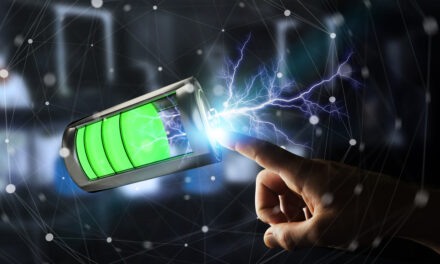 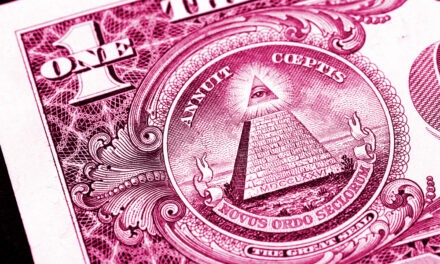