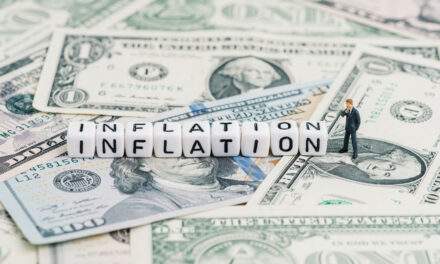 Are you seeing what I’m seeing?

Key signs that the Great Reversal is coming soon!

This isn’t just my #BOP (bullish, optimistic, positive) mindset. It’s based on the numbers.

New home sales are down 16%, big retailers are stuck with more products than profit and inflation is driving recession fears.

As recession fears grow, the Federal Reserve will have to consider reversing course at some point.

And when they do, innovative growth stocks will be the first to soar.

Not America 1.0 companies with dwindling profits and ridiculous amounts of inventory like Target, Walmart or Home Depot.

For my timeline and opinion, watch the full story here:

The market is in two minds. You can see this split in the headlines. It also explains why stocks are up one day, down another, up, down, up, down. I know it’s driving everyone crazy. What’s the deal? Why is this going on? I know you will wonder how long this is going to go on.

What Is Happening In The Market?

The most simple way is that the market is split between two different mindsets. One set of investors are really focused on inflation. They look at oil prices. They look at rent. They look at food prices.

Then there is the other side, which you can see in the headlines today. New home sales, in other words the sales of homes that are made brand new versus someone selling their existing house, were down by 16%. This is a big number.

If you were paying attention earlier last week you had stock prices of Target go down by 25%, Walmart by 15%, Ross Stores went down by 15%, while they all reported their inventories are soaring. There is crazy amounts of unsold stuff. And this is while they are cutting prices.

While their sales look good because they are still reporting increasing sales, they are saying, “We have too much stuff.” That’s for two reasons. People are buying a little less and they’re buying something completely different than what they have.

Inflation means the future value of money is less than it is today. In other words, there’s too much money and not enough stuff. So when you take you money to buy something in the future, it’s not going to be worth as much. You just buy a lot less.

What Happens During A Recession?

If you stop doing it, the person who is running that business isn’t making any money. If they stop making money, they are going to have to cut people off. They stop buying stuff from their suppliers and whoever they count on. That chain reaction keeps going.

What Happens During A Recession And What Should You Do?

Now you have a recession. Essentially everyone is stopping the spending. What happens in a recession is the Federal Reserve would cut interest rates to try to stimulate people, businesses and everyone to stop saving and start spending more.

You can see how this inflation recession dynamic keeps bouncing markets around. Then there’s another wrinkle for our stocks. The inflation folks think inflation can go much higher and can go for many years. They are thinking five, seven, ten years.

Remember, they are thinking this is like the 1970s. The folks who believe that think if you are a company that is still investing back in your business, when those profits come they are not going to be worth as much so growth stocks, our stocks, Fourth Industrial Revolution, America 2.0 stocks, they are all crap.

What you want is to buy into companies like Target? Like Walmart? Like Home Depot? They are piling up inventory. While sales are OK, they are slow. They’re up 1%, 2% barely.  That’s with very high prices. If you stripped away the impact of inflation, they would probably have negative sales growth.

You wouldn’t look to show that profit for the sake of it and walk away from your opportunity.

What Is About To Unfold?

Bottom line, what is the point of this video? There is a lot going on out there. There are a lot of trends and counter trends. What we believe is going to unfold is as follows.

Over the next three or six months some things are going to happen. One, the Federal Reserve seeing the recession case start to take hold, which is that sales at Target, Walmart, Home Depot, Costco, seeing housing going down, spending going down, they see a recession is more and more likely.

As this recession mindset starts to enter financial markets where people are unwilling to lend to each other because everybody wants to be safe and in cash where there’s no risk, there’s no liquidity in the markets. If you are a business and you need funding from the markets, nobody is willing to give it to you.

That’s a problem that has a word: contagion. In other words, it spreads from market to market. The Fed seeing that will have no choice but to say, “We can’t keep going there.” I think inflation is going to bail them out. If housing prices are going down, consumer spending is going down.

We already know consumer spending is going down because of Target, Walmart, Home Depot and others. If housing sales are going down, it does mean housing prices for a short-term period have likely peaked. Rent prices have peaked and they are also likely to fall off.

I would say, at best, the Federal Reserve will likely get one more rate increase in come June. I would say there’s a 50-50 shot of them getting in one more in July. Then I believe the recession case will be so significant that they will not be able to do anymore. They will need to stop and potentially have to reverse and go in the other direction.

You might be thinking, ‘That sounds reasonable, but you have said a lot of things.” Absolutely. The data changes all the time. I can say this has been one of the most chaotic periods in 30 years where there are so many mixed signals going on in all kinds of ways.

While there is this extraordinary opportunity of disruption and digitization and Fourth Industrial Revolution in front of us that argues for a long time horizon because the gains can be so large. Nonetheless, I am sympathetic to the fact our portfolios are down big.

People want to have some sense of where things might be. Many of you may be thinking we should sell and buy back in two months. Remember, markets are always forward looking. They anticipate. If I am telling you all of this, I can tell you other people on Wall Street are seeing the same things.

It’s why if you track bonds you will see that U.S. government bonds are starting to go up. In other words, people are starting to worry less about inflation and more about recession. There’s a mini breakout in all the bond ETFs I track: TLT for the 20-plus year, IEF for the 10-year, SHY for one to three years.

They are all starting to go up. That is telling you that people are betting with money on inflation having peaked because they are buying bonds. Remember, you don’t want to buy bonds during an inflationary period because you are getting your money back much later and you are getting less.

Most people don’t want to buy bonds when inflation is rising. So people are betting with real money that inflation has peaked and the Federal Reserve is going to have to stop. The same thing you are beginning to see in our stocks. While there are still stocks making 52-week lows, there are fewer and fewer making 52-week lows.

It’s starting to be where you can also see that many stocks have bottomed and they are holding onto the gains from their absolute bottom. There are obviously headlines about Snapchat and others out there. Nonetheless, a lot of stocks have hit their 52-week lows.

When Will Things Start To Change?

The moment they see the Federal Reserve is going to switch, the entire perspective of how people look at markets is going to change. People are going to go from safety to wanting growth. Why? Because if recession is the issue and the Fed is responding to that, then growth becomes the issue.

Growth becomes the scarcest thing that is going to be valued at a premium. And that’s what we own. We own companies with sustainable growth of a minimum of 10%, 15%, 20%, 25%, 30%, some even 50%. These companies will be valued at sky-high levels.

There will be a huge move up. In my Profits Unlimited update today I said I believe — and I’ve been given hell on Twitter for saying this — that we would see our stocks recover this time next year. Even from the high prices we paid at the end of 2021 and early 2022, we would see a massive recovery.

The reason is threefold. One, our companies are still growing. Second, they have been destroyed in price where people have presumed the environment was going to be hostile in the stock market for these companies in terms of being valued. That’s going to be untrue.

With the recession case taking hold, interest rates no longer rising and there’s a scenario where it starts to go in reverse, now growth will be valued at a premium and it will mean a recovery for our stocks. I also said in the Profits Unlimited update that I can expect to see gains even from the high prices we paid at the end of 2021 and into 2022 in a one to three year timeframe.

That’s what is going on in my opinion, from my perspective. Remember, this channel is opinion, not advice. We are not financial advisors. We simply take our understanding, knowledge and the facts and try to do the best we can. That’s what I see unfolding for the rest of 2022 and into 2023.

If you like this video, give us a thumbs up and subscribe. Come back next week. Until then, this is Paul saying bye. 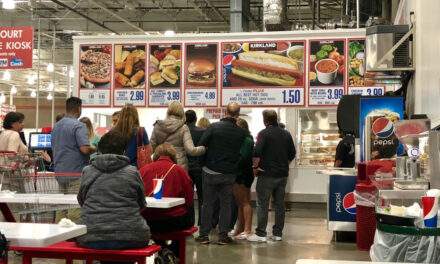 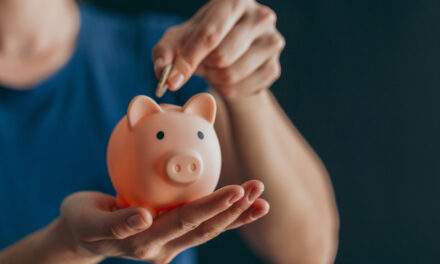